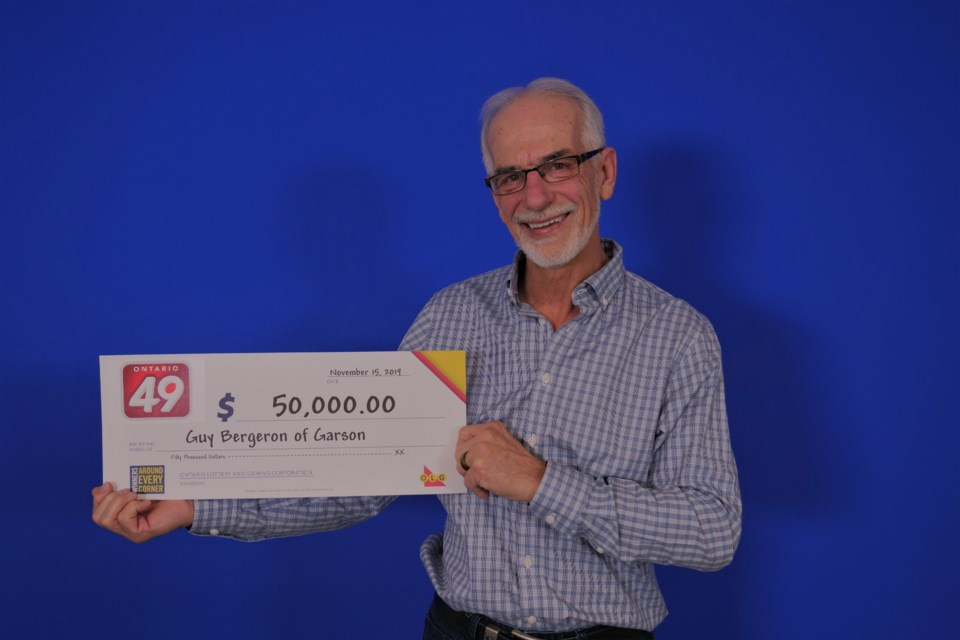 Guy Bergeron of Garson is $50,000 richer after claiming second prize in the Oct. 23 Ontario 49 draw.

Bergeron matched five numbers plus the bonus number to win the prize.

“I scanned my ticket at the same store I bought it,” the 63-year-old retiree told staff at the OLG Prize Centre in Toronto when he picked up his cheque. “I was shocked!”

A married father of two and grandfather of two, Bergeron said plans to take his family on a vacation, make a down payment on a new truck and invest what's left.

ONTARIO 49 is $1 per play and the draws take place Wednesdays and Saturdays. Combination Play is available in five-, seven-, eight- and nine-number selections. Tickets are sold until 10:30 p.m. Visit OLG.ca for more information.

The winning ticket was purchased at North Star Confectionery on Skead Road in Garson.

We the Bury bottle drive will support families of children with cancer
Jul 2, 2020 5:00 PM
Comments
We welcome your feedback and encourage you to share your thoughts. We ask that you be respectful of others and their points of view, refrain from personal attacks and stay on topic. To learn about our commenting policies and how we moderate, please read our Community Guidelines.