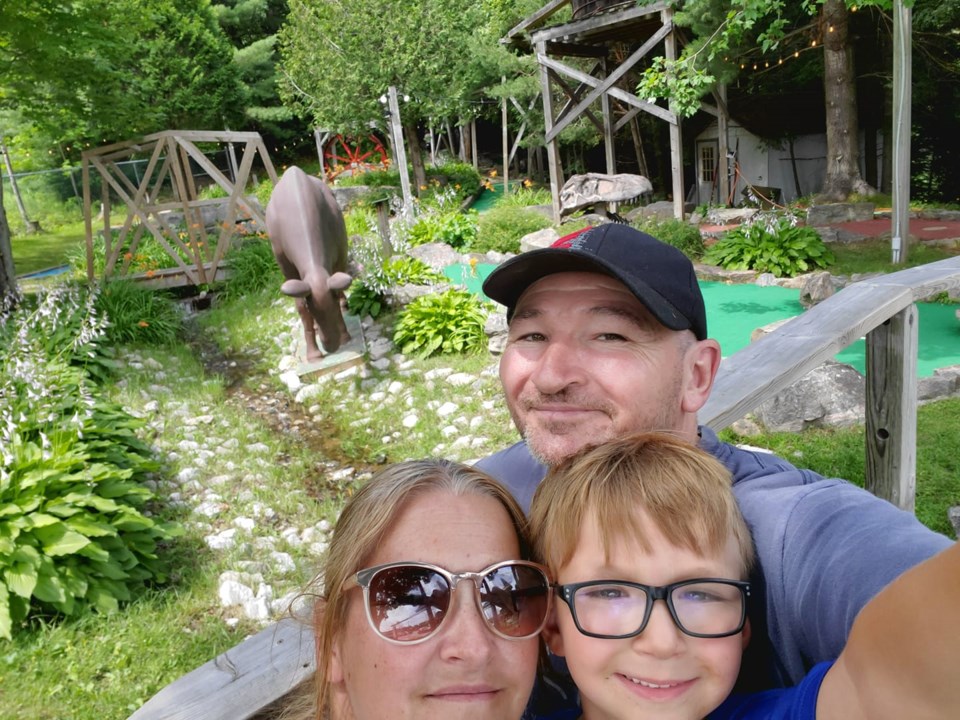 A young girl spotted wandering alone down Bancroft Drive last week is safe thanks to the actions of a few good Samaritans.

Rod Bazinet said around 3:15 p.m. Tuesday, July 28, he and his six-year-old son, Avery, were travelling in their truck down Bancroft, close to Holy Redeemer Church, when he spotted the child, who he said appeared to be around five years old.

She was barefoot, wearing a nightgown, and clutching two stuffed animals. It was also raining, as there were on-and-off rain showers in Greater Sudbury on Tuesday.

Bazinet, a social worker with Compass and a local musician, said when he spotted the young girl, he thought “that doesn’t look right,” and pulled a u-turn to see if she was accompanied by an adult.

When he realized she was alone, he phoned 911 and followed behind the child in his truck because he “didn’t want to spook her.”

Bazinet said he pulled over to the side of the road when the child reached Holy Redeemer Church, as did two women who said they are teachers.

The women comforted the child and tried to get some information out of her while they waited for police to arrive. The child apparently said she was going to her “auntie’s house,” and when asked where that was, she pointed up the road.

“I don’t think she had a really good idea of how close or far that was,” Bazinet said.

No charges were laid in the incident. Dunn said when there is an incident involving children, GSPS works in collaboration with the Children’s Aid Society, who do their own investigation.

Bazinet said he figures the child just wandered off on her own.

“That happens,” he said, adding he’s glad the child was lucky enough to encounter caring adults during her misadventure — two teachers and a social worker.

“When we think of all of the things that could happen with a five-year-old wandering in a nightgown, in the rain, any sort of terrible things could have happened,” he said.

“I think we were just in the right place at the right time. We were just happy we were able to keep her safe …

“Working with kids for a living, you definitely want to be stepping up and keeping kids safe. It’s not just an obligation we all have.

“Avery and I felt pretty good about making the call and seeing that she was safe, and Avery had stories to tell his friends.”