Happy to be home: Capreol senior finally has her apartment back 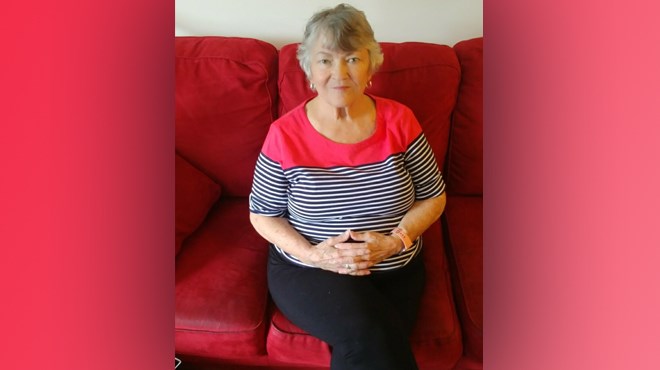 Pansy Halls is back in her home at the Coulson Court Senior Citizen Complex in Capreol after being displaced for nearly four months. (Supplied/Kristen Halls)

It took nearly four months to the day, but 79-year-old Pansy Halls is finally back in her Capreol apartment after flooding forced her out on May 7.

Halls spent more than three months sleeping on her daughter's couch, left mostly in the dark as to why it was taking so long for her apartment to be repaired.

The stress of being displaced from her home took a toll on Halls' health and was admitted to Health Sciences North on Aug. 19 after experiencing severe stomach pain.

Halls underwent surgery to have her gallbladder removed and was in the hospital until she got the call on Sept. 5 that her apartment was ready for her to move back in.

"I have so much to do, it's like moving in all over again," said Halls. "But I'm really happy to be back. It's been a bit chaotic, but I'm just glad it's done and I have my home back."

Halls has more than enough helping hands to lighten the load of moving back in, as her six children — two sons and four daughters — have all been chipping in to get their mother settled back in.

"They've been so wonderful helping me, I really appreciate it," said Halls. "It makes me worry for people who don't have family here though, what would they do in this situation? Hopefully my situation helps improve things at the building, maybe it will open some eyes and change things for the better."

Halls' health is back on track and she says she's almost back to 100 per cent after her surgery a little more than two weeks ago.

"I'm feeling a lot better now, I just have to not push myself too much too soon," said Halls.

Her daughter, Kristen, says it's a relief for the entire family to see their mom back in her home of more than 16 years.

"It's definitely a relief that she's finally back home," said Kristen. "It's a bit overwhelming right now because it's almost like starting from scratch, but just knowing that she's back in her place again, it's a relief, it was a stressful situation for all of us."