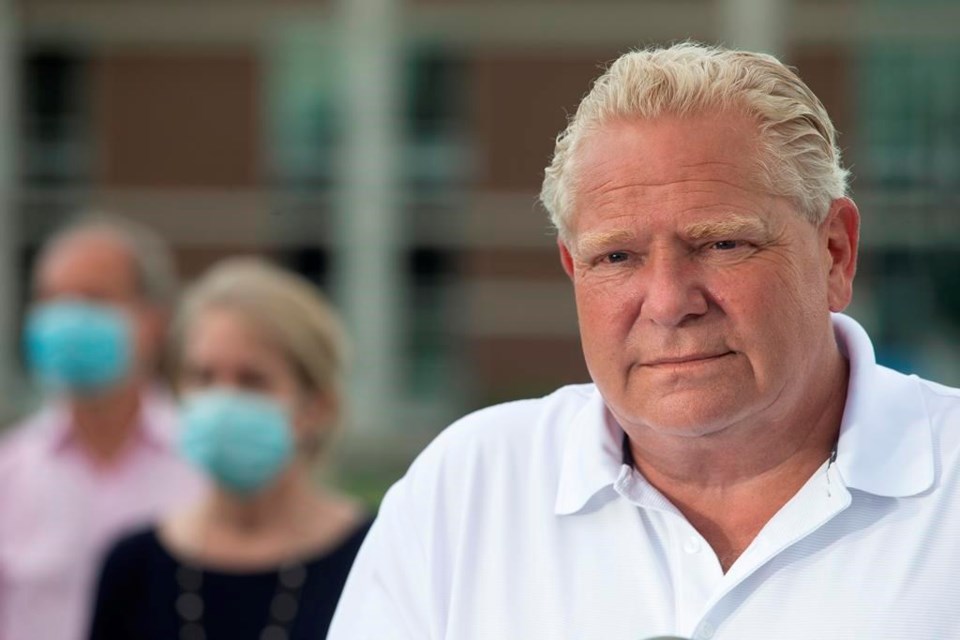 Elementary students will return to class on a full-time basis come September, while secondary school students in designated school boards will split their schooling between in-class and online.

Premier Doug Ford and education minister Stephen Lecce announced the province's return to school plans on July 30, outlining the new normal when it comes to learning.

"We won't take any risks when it comes to our kids," said Ford. "This plan puts the health and safety of our kids first."

While secondary students in designated school boards - most of which are in Southern Ontario — will open on an adapted model with class cohorts of approximately 15 students, attending on alternate days, or alternate schedules that would represent in person attendance for at least 50 per cent of instructional days.

Those students will receive "curriculum-linked independent work" on days when they are not in class.

But the province's new back-to-school plan indicates that high school students at two dozen boards — including the Toronto District School Board — will only attend class half the time in an effort to curb the spread of COVID-19, with a maximum class size of 15.

Meanwhile, elementary students will be in school full time, and while their classes won't be broken up into smaller groups, they won't be allowed to mix with other cohorts.

"We're going to get our kids back to schools in a way that looks and feels much like it used to," Premier Doug Ford said, adding that the plan had been green-lit by top public health officials.

The plan gives parents the option to keep their kids out of class, and says boards must provide options for remote learning.

It says students in grades 4 through 12 must wear masks in class, while younger kids are encouraged to do so in indoor common areas.

A guidance document says schools should promote "as much distancing as possible."

Instead of strictly enforcing physical distancing, the province says it will be leaning more heavily on other public health measures, including keeping students separated into designated groups — or "cohorts" — and encouraging hand hygiene.

The government is also announcing $309 million in funding to make the plan work, including $60 million for personal protective equipment and $80 million for extra staffing.

The highly anticipated announcement comes just six weeks before back-to-school season and a week before the province's 72 school boards were initially asked to have their plans for the academic year submitted to the province.

The announcement comes as Ontario logged fewer than 100 new cases of COVID-19 for a second day in a row, with 89 new cases reported on Thursday.

Health Minister Christine Elliott said 28 of the province's 34 public health units are reporting five or fewer cases, with 17 reporting no new ones.

She said the number of people in hospital, in intensive care and on a ventilator all went down, and the province was able to complete more than 27,600 tests the previous day.

With files from The Canadian Press

Rain in the forecast for most of the day Wednesday
Nov 25, 2020 5:00 AM
Comments
We welcome your feedback and encourage you to share your thoughts. We ask that you be respectful of others and their points of view, refrain from personal attacks and stay on topic. To learn about our commenting policies and how we moderate, please read our Community Guidelines.