Is Ontario picking the best weapon to fight climate change?

Finally, now that Quebec and Ontario have signed a cap and trade deal, Canadians can begin in earnest to have adult conversations about carbon pricing.
Apr 17, 2015 3:45 PM By: Cathy Orlando – Citizens' Climate Lobby 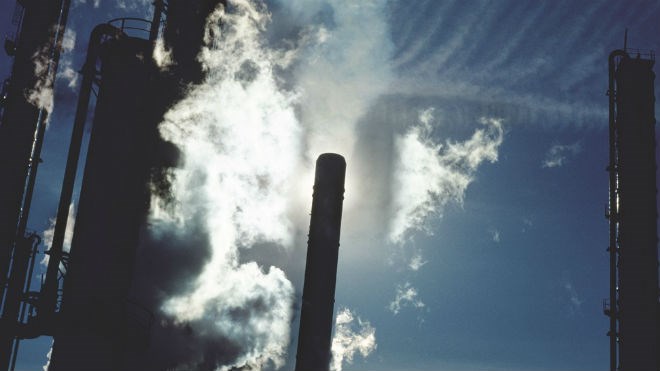 Ontario's cap and trade carbon pollution deal with Quebec is a good step forward, but Citizens' Climate Lobby says, in the long run, it's not the most effective tool. Supplied photo
Finally, now that Quebec and Ontario have signed a cap and trade deal, Canadians can begin in earnest to have adult conversations about carbon pricing.

Earlier in April, Canada's Ecofiscal Commission released a report called "The Way Forward", an economic modelling study. It compared the impact, as measured by projected GDP growth in 2020, if regulation or market-based carbon pricing were used to manage carbon pollution and Canada was to meet our current GHG reduction targets.

One limitation of this study is that it used our current GHG target of 607 MT of CO2 eq or 17 per cent below 2005 emissions — a far cry from the science-based target of 442 MT (25 per cent below 1990 by 2020) that are needed to avoid climate tipping points and that other countries are achieving.

The Ecofiscal Commission’s economic model revealed the following that GDP in 2020 would be approximately 3.7-per-cent better under carbon pricing than it is under a regulatory approach, PM Harper’s current approach.

In the long term, to keep the agricultural and manufacturing sectors of the Canadian economy competitive, we need national carbon pricing, because under NAFTA and the World Trade Organization rules, sub-national governments cannot implement border tax adjustments to prevent industries from going to places with weak or non-existent carbon pricing.

Until there is federal co-ordination, carbon prices will remain as low as they currently are in Quebec and Ontario. As the carbon price ramps up, which it must do if we are to avoid the worst impacts of greenhouse gas pollution, the 0.4-per-cent gain in GDP provinces are expected to see by linking their carbon pricing policies (as found in the Ecofiscal model) will increase and become an increasingly important factor.

Canadians do want a national energy strategy. In a July 2013 Harris-Decima poll, 87 per cent of Canadians agreed Canada needs a “strategy to plan our nation’s energy future.” In March, Sustainable Canada Dialogues, a consortium of 70 academics, released the paper "Acting on Climate Change: Solutions from Canadian Scholars". They too called for a national carbon price.

Grassroots support is an essential part of the long-term political will required for a carbon-pricing policy. Citizens’ Climate Lobby volunteers in Nova Scotia and Ontario attended roundtable discussions conducted by their provincial governments earlier in 2015.

Our volunteers reported citizens did not champion cap and trade; instead they discussed at length carbon fees. There was also negligible grassroots support for cap and trade online on the Ministry of Ontario’s Environment and Climate Change (MOECC) website. This should not be surprising — carbon fees are more transparent and much less expensive for everyday citizens compared to cap and trade.

Less than two weeks after consultations with the people of Ontario, the Wynne Government announced the cap and trade deal with Quebec. The Ontario Liberals have indicated they will be conducting more public consultations over the next six months. That’s good news because people want climate action.

People also want to be heard in their desire for fair, simple and transparent policies, and will more likely support long-term carbon pricing with these qualities.

Finally, we cannot forget our biggest trading partner. Our energy systems are intricately linked with the U.S. Congress has repeatedly rejected cap and trade.

If we are to encourage the USA to move forward with a carbon-pricing policy and ultimately synchronize our policies at the national level, a system closer to BC’s revenue neutral carbon fee is the best choice, as it has the broadest appeal across party lines.

The good news is we can grow Canada’s GDP and reduce GHGs at the same time with carbon pricing. The cap and trade deal between Ontario and Quebec is a good first step and should be celebrated.

But in the long game of creating political will, grassroots support and global synchronization must be borne in mind. Thus, a federal and revenue neutral carbon fee is the best choice for Canada.

Cathy Orlando is the national manager for Citizens' Climate Lobby.