Sudburians with lived experience with homelessness share their stories with mayor and council
Jan 28, 2021 9:00 PM By: Matt Durnan 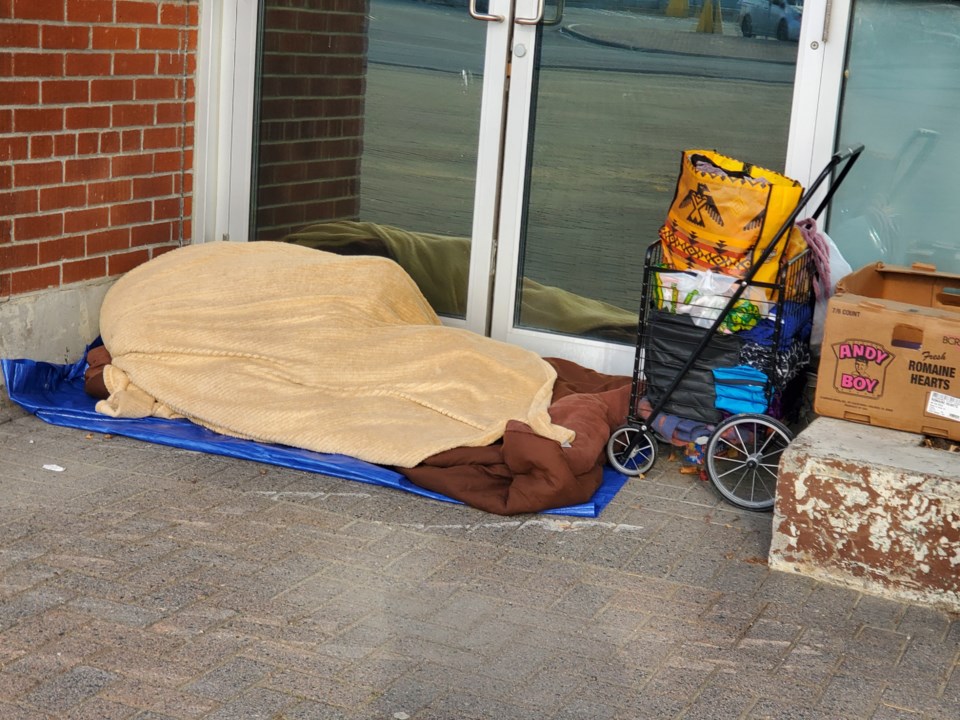 The attendance may have been smaller during the second of two special city council meetings focused on the issue of homelessness, but the message and stories were just as poignant.

Greater Sudbury city councillors heard from a number of individuals on Thursday afternoon who have lived experience with homelessness.

Two of the speakers from Thursday returned after having spoke on Wednesday evening during the first special city council meeting.

Stuart Donaldson spoke on Wednesday and returned Thursday to share his experience with homelessness. A seasonal worker by trade, Donaldson was out of work when the COVID-19 pandemic shut down many lines of work.

Echoing his comments from the night prior, Donaldson said that there is a real need for education among many citizens, as there is a great deal of misunderstanding and prejudice attached to homeless individuals.

"I've always known there was an issue but I definitely know the extent of the issue and just how horrible life is for some people. It's made me realize that it's an issue we'll never be able to solve without further educating people," said Donaldson.

"The people sitting in this meeting right now and the people working in these shelters already know the issue and have a good understanding but can't do anything about it because of a lack of funding and policies getting in the way."

Donaldson, who is a former drug user but is now clean and drug-free, says that there is an attitude toward those living on the streets that they are all drug addicts.

"When you go out in the streets and this is my personal experience, I tried to live out in the bush near Garson so I wasn't in this downtown scene and was trying to avoid the stigma and the stereotype of just being a homeless junkie, because I'm not, but that's what everyone thinks I am," said Donaldson.

"That's not because people are doing it on purpose, they're not trying to go out and say I'm a horrible junkie, it's because they don't know."

Issues with navigating social services, food banks, shelters and more were brought up on Thursday, as they were on Wednesday by service providers who deal with the city's most vulnerable on a daily basis.

Access to housing was another challenge that was brought up by Sandra, who did not provide her last name.

Excessive bureaucracy and hoops to jump through in order to access social assistance make it very difficult for those who need the services the most, as was explained by Charles Tossell, who was homeless in 2007 and spent time in jail in 2008.

"When I got out of the jail I thankfully had relatives that took me in, because I would've been homeless. I was basically couch surfing," said Tossell.

"When it comes to the bureaucracy of social assistance, there's far too much administration and discrimination and discretionary hoops, rules and regulations, stigmas you name it and it's just too much for most of us to handle."

Lines of communication between the city's service providers and the city itself with its homeless population creates confusion as well, and there is also a sense of shame and embarrassment among those living on the streets in having to ask where to go for services.

"I'm looking at billboards, those new digital billboards, I think it would be helpful especially to the younger generations who are so used to having a cellphone to have one of those digital billboards at the Samaritan Centre or the bus terminal, somewhere that these communities frequent all the time," said Donaldson.

"It would have a list of things like the Samaritan Centre has a warming centre at these hours, at the YMCA you have this time on these days of the week, just a list so you have a quick reference point. If you're new in town or newly homeless you can bump into somebody on the street and they can tell you go to the bus terminal check out the billboard, they'll have all the answers. A lot of people when they're homeless they're embarrassed about it, they don't want to go up to someone and ask where to get some food or where to get a bed."

Mayor Brian Bigger expressed his gratitude to everyone who attended Thursday and shared their stories and suggestions.

"It's very difficult for some of us to understand the situations, the traumas and the reality that many people are dealing with in our downtown and I just want to make sure that you all understand how much it means to council for us to get this better understanding," said Bigger.

"I do believe that council is determined to work with staff within our city's resources to improve the situation on a number of different fronts. I'm very impressed by the solution-based conversations that we've had and heard and I think this is very important for us moving forward."

You can watch Thursday's meeting it its entirety here.