Municipal campgrounds could reopen within a week 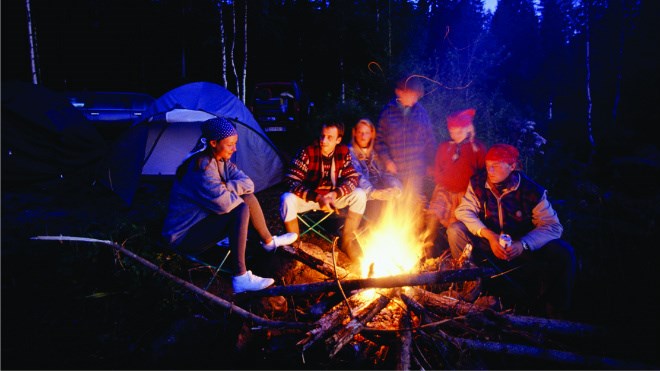 The city of Greater Sudbury's three municipal campgrounds could open within a week, after council voted in opposition of a staff recommendation to shut the sites down for the remainder of the 2020 season.

The city of Greater Sudbury's three municipal campgrounds could open within a week, after council voted in opposition of a staff recommendation to shut the sites down for the remainder of the 2020 season.

Tuesday's council meeting was a spirited one, as council debated for well over an hour on what to do about their three municipal campgrounds - Centennial Park in Whitefish, Ella Lake Park in Capreol and Whitewater Lake Park in Azilda.

The campgrounds are typically open 125 days per season, although in 2020 the maximum potential season would be 96 days. There are a total of 86 seasonal sites, 11 monthly/weekly/daily sites and seven tent sites available for use as follows:

Ian Wood, Executive Director of Strategic Initiatives, Communications and Citizen Services gave a brief overview of the report, highlighting staff's recommendation to keep the campgrounds closed for the remainder of the 2020 season, enabling a cost of avoidances of up to $81,000, net of settlement costs payable to operators of $23,000.

"We're recommending that those not open and that the anticipated savings be allocated toward reducing the impact of COVID on the city's bottom line at the end of the year," said Wood.

Ward 2 coun. Michael Vagnini was the first to speak out in opposition of staff's recommendation.

"Centennial Park is in my ward, it's a very successful campground and social distancing is not an issue out there because of the way the campsites are set up," said Vagnini.

"Centennial Park is very profitable and it doesn't cost us anything to run that campground and for us to not open it up, when we have people saying they'll pay for a month ago when they were supposed to be going there and they'll pay whatever the total fees are for the whole year. We're supposed to be trying to bring people in an environment where they're separated, we have a protest that goes on downtown and I think it was a beautiful protest but there was no social distancing that went on there. You have a campground where you can do social distancing very easily."

Wood instilled that the recommendation was based less on social distancing and public health recommendations, but more on cost avoidance.

Wood's point was backed up by general manager of community development Steve Jacques, who raised a point that has been made in the past about the losses incurred by the city's municipal campgrounds.

Ward 11 coun. Bill Leduc suggested an amendment that would see Centennial as the lone campground that would be allowed to be reopened, but that was met with some opposition and Leduc ultimately backtracked and pulled his amendment off the table.

"I don't like the idea of a divided city where we have to choose what campground gets to open," said ward 8 coun. Al Sizer, adding that council should be voting whether to keep them all closed or reopen them all.

Ward 7 coun. René Lapierre questioned where the costs associated with the campgrounds related to the $81,000 in cost avoidance were allocated.

"Do we have employees that there's a cost savings for anyone who works there?" said Lapierre. "Is that part of this cost savings or the operational costs and how do we calculate our rates? Our rates are so much but we're still on the low end of recovering our costs."

Jacques brought up the city's core services review which has been pushed back for months in the midst of COVID-19, indicating that user fees for campgrounds are something for council to take a closer look at in the future.

"The user fees are passed as part of the user fee bylaw and budget process annually, one of the outcomes of the core services review was to develop a user fee framework to develop the right mix of user pay versus subsidy as it relates to all our user fees across the city and campsites would've been one," said Jacques.

While Centennial does generally recover 100 per cent of its costs, the remaining two campgrounds operate at a loss.

"I've always been opposed to us having campgrounds as part of our service portfolio, but for tonight I'm going to put that aside," said Al Sizer.

"I do have concerns about the subsidy that it's going to cost us to pay this year for the campgrounds for the fact that it's 86 people at the most, right now we have 67 applications for our seasonal grounds. So for every argument that we've had to keep the campgrounds open then I insist with the amount of calls and emails I've got that we must also keep the pools open."

The Dow, Gatchell, Onaping and Nickel District pools were all recommended to remain closed until at least Sept. 7, enabling a cost avoidance of $128,400.

"$128,000 is peanuts," Sizer continued. "The amount of money we're spending there doing maintenance as it is to the pools, the additional cost for all of the mental health and physical activity and the need that 86 people have in a campground, we need in our pools absolutely. And there's more than 86 people. I don't know how we can sit here as a council and say one is good and one is not good; they all have the same arguments, for and against is the exact same for both of them."

Council ultimately voted against keeping campground closed for the remainder of the season, meaning that they can open as early as June 30. On the matter of pools however, council followed staff's recommendation to keep them closed until Sept. 7.