Diabetes is a disease many Aboriginal families battle. Diabetes was rare among the Aboriginal population prior to 1940, according to Statistics Canada. Today, though, the situation has reached epidemic levels.
Mar 19, 2012 8:08 PM By: Sudbury.com Staff 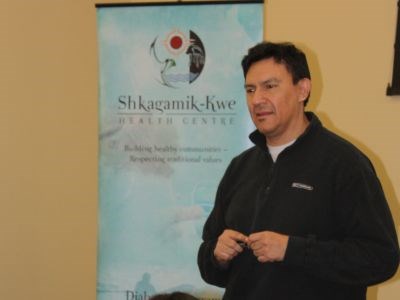 Diabetes was rare among the Aboriginal population prior to 1940, according to Statistics Canada. Today, though, the situation has reached epidemic levels. Close to nine per cent of Aboriginal individuals living in urban centres have diabetes, compared to six per cent of non-Aboriginal people.

“It is easy to say that diabetes is a physical issue, but a lot of the barriers to change are psychological issues such as stress, depression, and at a deeper level, the historical trauma in indigenous communities,” Dr. Darryl Tonemah, who travels around the United States and Canada helping indigenous communities improve their wellness, said.

He visited the Shkagamik-Kwe Health Centre, travelling from Lewiston, New York, to talk about diabetes among indigenous people.

When undiagnosed or untreated, diabetes increases the risk of developing blindness, kidney, nerve, circulatory and cardiovascular complications, he said.

“There are things we know now from research that can change the course of the disease,” he explained. “Stress of overtime, poverty has a lot to do with it, some biology — it’s all inter-related.”

Tonemah is passionate about diabetes, because it has affected his own family for many generations. His workshop is focused on how diabetes can be prevented and managed through healthy lifestyle changes, and understanding the power of emotions behind change.

“It is about knowing that we are motivated for our behaviour. When we understand that, we can make small changes that are doable over time and feel more empowered in our own health care.”

“So many people in Sudbury have diabetes. Diet and exercise can help so much, especially for the prevention,” Pippy said.