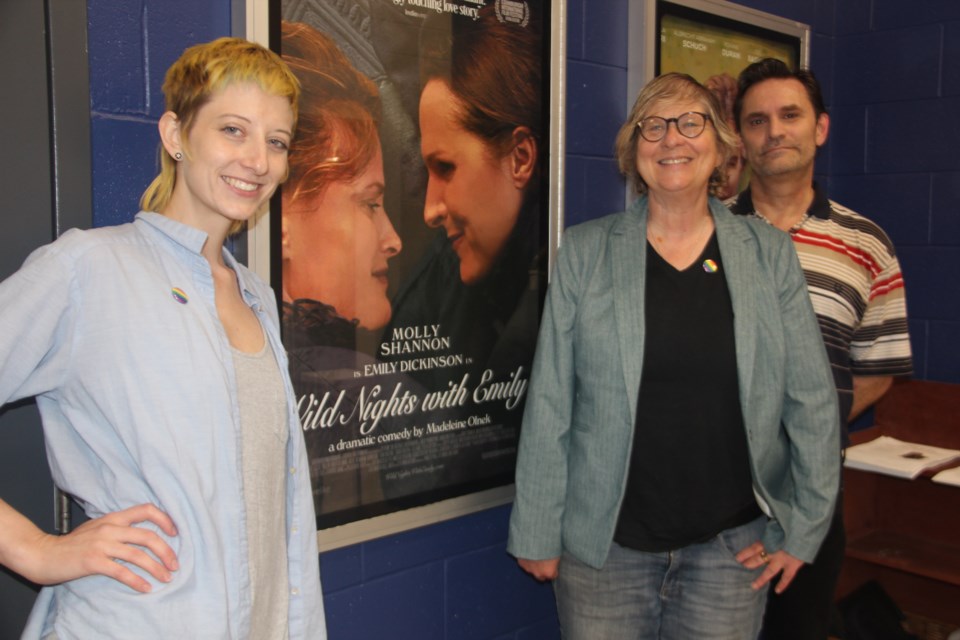 It's been nearly 50 years since a pivotal moment in LGBT history — the Stonewall riots.

These were a series of were a series of spontaneous, violent demonstrations by members of the gay (LGBT) community against a police raid that took place in the early morning hours of June 28, 1969 at the Stonewall Inn in New York City.

They are widely considered to be the most important event leading to the gay liberation movement and the modern fight for LGBT rights in the United States.

Fierté Sudbury Pride and Queer North Film Festival have teamed up this weekend to hold a 50th anniversary event in commemoration of the Stonewall riots as part of the film festival, which starts tonight and runs until June 16.

A vigil is being held at Sudbury Indie Cinema starting at 11 a.m. June 16, followed by a screening of the 2010 film “Stonewall Uprising” at 12 p.m.

She said while LGBT people have much to celebrate in Canada, those in other places in the world aren't so lucky.

“In many places, to be gay it's penalized, it's illegal,” Mairs said. “People are murdered, people are tortured, and we see with a swing to right-wing politics in North America and Europe.

“These freedoms that some of us enjoy now, it's precarious. We want to celebrate, but we also want to be fierce and kind of vigilant.”

This is the fourth edition of Queer North Film Festival, which Mairs said is still the only film festival solely focused on LGBT themes north of Barrie.

It's also the first time Indie Cinema has been able to host the event in its new building, which opened earlier this year at 162 Mackenzie St., across from Sudbury Secondary.

Mairs said the festival does appeal to those in the queer community and its allies, but it's also attended by those who just love good cinema.

Features this year focus on everything from poet Emily Dickinson's relationship with a woman to a transgender bodybuilder to New York's 1980s drag scene.

Each film has premiere status of some sort at Queer North, running the gambit of world premiere, to Canadian or Ontario premiere, and many Northern Ontario premieres for titles coming off a premiere at Inside Out LGBT Film Festival which wrapped last Sunday in Toronto.

Many of the films either premiered or won at Sundance, Cannes, Berlinale, or SXSW. Check out descriptions of some of the films on Queer North's lineup below.

“If you look at the lineup, it's pretty impressive,” Mairs said.

“We're looking to cluster our audiences a little bit more, and see how that works,” Mairs said.

You can check out the full agenda for the Queer North Film Festival on Sudbury Indie Cinema's website.

Fierté Sudbury Pride festival runs this year July 8-14. Check out the events planned for this year on the group's website.