No bailout for Theatre Cambrian 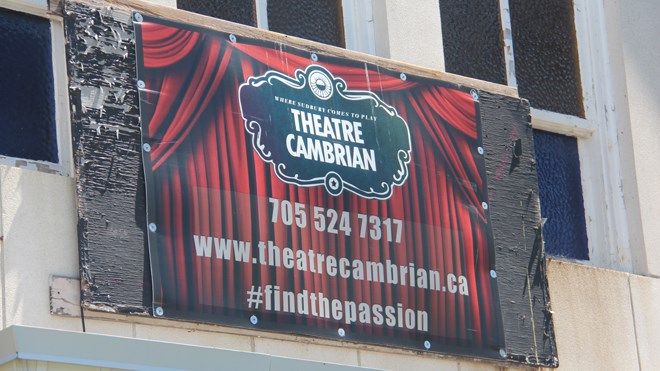 Theatre Cambrian's finances are in such dire straits, a report headed to city council next month recommends against providing a $150,000 lifeline to the struggling group. (File)

Theatre Cambrian's finances are in such dire straits, a report headed to city council next month recommends against providing a $150,000 lifeline to the struggling troupe.

“The organization remains in a state of significant uncertainty regarding both its financial and governance status,” the report says. “Given this situation, staff recommend against a direct contribution to the organization at this time.”

The group had sought a mix of grants and interest-free loans to pay their creditors. However, the staff report does recommend a $20,000 contribution – to be paid directly to the Sudbury Theatre Centre – to allow Theatre Cambrian to have shows in November of this year and in February 2019.

“This contribution would enable Theatre Cambrian to produce revenue-generating events at a community venue while reducing the burden of their operational expenses,” the report says. “This approach also reduces the risk to the city while demonstrating support for their cultural mandate and history.”

Theatre Cambrian's request comes after both the Sudbury Symphony Orchestra and the STC received similar bailouts from city council this year.

Unlike those professional companies, however, Theatre Cambrian is primarily a volunteer organization, including its directors, producers, actors, stage managers and front of house volunteers. And it has a history of poor financial decisions.

Founded in 1985, for the first 20 years, their shows were produced and presented at Cambrian College. Theatre Cambrian bought the former St. Eugene Church on Eyre Street in 2007 with a mortgage from Nickel Basin.

The original plan included rentals of the existing apartments in the old church to provide income to the theatre.

“As acknowledged by its board representatives, due to poor management and lack of guidance from a functioning board, the organization has suffered from damaging financial decisions, including mismanagement of government grants, leading to the situation now being faced,” the report says.

“Recently, the city's economic development staff were advised of a change in Theatre Cambrian’s board membership, including in the role of board chair. The remaining board members maintain their commitment to their work on developing a recovery plan for the organization.”

It would be risky for the city to give them the $150,000 for several reasons, including:

The board of Theatre Cambrian has experienced consistent instability and turnover in its members, including the very recent resignation of board chair and other members.

With one paid staff member, it is not clear that the organization has the capacity to implement a recovery plan in the short term.

Theatre Cambrian has a history of inconsistency in grant funding and mismanagement of funds, including access to and use of Greater Sudbury arts and culture grant funding.

Even with the sale of the building at 40 Eyre St., Theatre Cambrian will face outstanding debts of $170,000.

There may be a lack of co-ordination and communication across the arts and culture sector in Greater Sudbury, preventing organizations from leveraging shared resources, including venues, expertise, audience development and board succession planning.