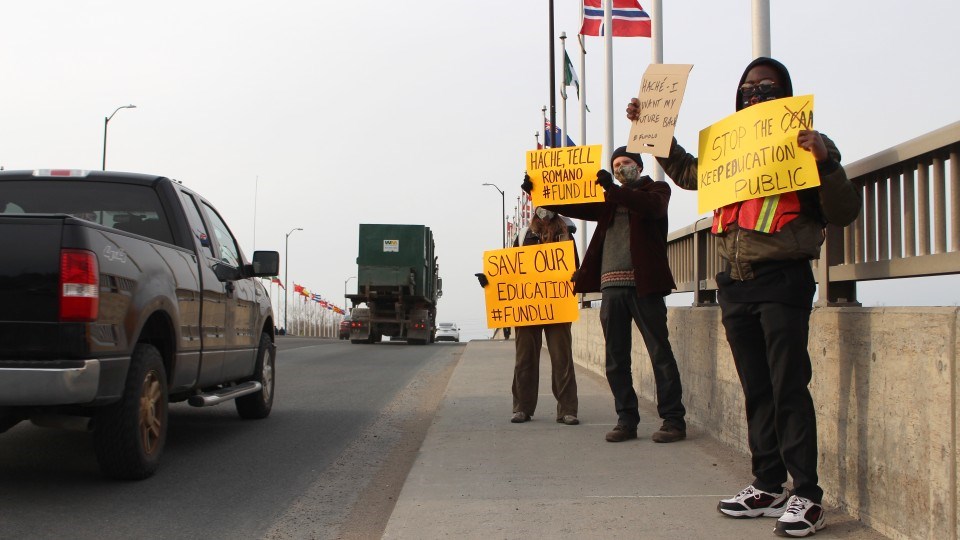 The Laurentian University senate voted today on a restructuring package that included program terminations and the reorganization of faculty and departments, but under the terms of the CCAA process, details of what was decided upon can’t be released, Sudbury.com was told this evening.

Senators were given their first look at the restructuring proposal today and in a marathon meeting that lasted the entire day had to digest the document, discuss it and vote on whether to accept it.

The package was drafted by a six-person subcommittee of the senate that was formed Feb. 9, eight days after the university announced it is insolvent.

A source close to the situation told Sudbury.com this evening that the secrecy of the CCAA (Companies’ Creditors Arrangement Act) process is unfortunate because the lack of transparency leaves the entire community in the dark as to what’s happening.

The sentiment was echoed by the Ontario Confederation of University Faculty Associations (OCUFA), which said in a news release that the mediation confidentiality protocol “precludes the academic community from participating in the meeting or knowing what their representatives voted on.”

Rahul Sapra, president of OCUFA, decried the secrecy and the process that, in his words, forced senators to vote on the proposal “under duress.”

“It’s unacceptable that the university’s senators were asked to make significant decisions about the future of programs at their institution under duress with no time to properly consider the matter or consult their constituents,” Sapra said.

“Academic programming decisions are complex matters that require deliberation and consultation. Asking the senate to consider and vote on an omnibus programming package, without input on the academic criteria and in the span of a single day during an in-camera session is a clear violation of collegial governance, senate’s mandate and the responsibility of a public institution to the community it serves.”

That duress was touched on by the source who spoke with Sudbury.com this evening, who pointed to a March 16 senate meeting, during which Laurentian president and vice-chancellor Robert Haché told senators that if they failed to approve the restructuring plan presented “the university will cease to function as of April 30.”

OCUFA also referenced a motion passed by the senate on March 16, stating the body would only participate in the restructuring process for academic reasons, and would not be forced to make a decision based on financial ones, no matter how urgent the need. OCUFA said 88 per cent of LU departments voted to endorse the senate motion.

“Today’s vote ... violated the principles highlighted in the motion and enshrined in the University’s Act,” OCUFA stated.

Faculty and students, and community supporters, have been calling on Colleges and Universities Minister Ross Romano to provide the funding Laurentian needs and to end the CCAA process. This sentiment was a common one expressed this morning at a demonstration on the Bridge of Nations organized by the Save Our Sudbury group that has been working to rally public and government support for Laurentian, its faculty and its students.

Supporters have been arguing that had the university been funded appropriately, the current financial crisis would have been avoided.

Sapra touched on that as well, pointing out, as many have, that Laurentian is the” first and only” public institution to go through the CCAA process “without any help from the government.”

“The financial crisis at Laurentian is in large part a direct result of failed public policy and eroding levels of public funding for the post-secondary education sector”, said Sapra. “Yet, the Ministry of Colleges and Universities has decided to not step in, but allow a public university to go through a restructuring process designed for the private sector, cutting jobs, programs and services that are essential to the university community in Sudbury and the broader northern Ontario region.”

The CCAA process will come to an end on April 30. Sudbury.com has been told that a fuller picture of the plan could become clearer around the middle of this month.