When nurse practitioner Jennifer Fournier moved to Capreol in 2006, she asked one of the family doctors working in the community at the time if she could work with him. Unfortunately, she wasn't able to secure any provincial funding to do so.
Jan 25, 2012 6:15 PM By: Heidi Ulrichsen 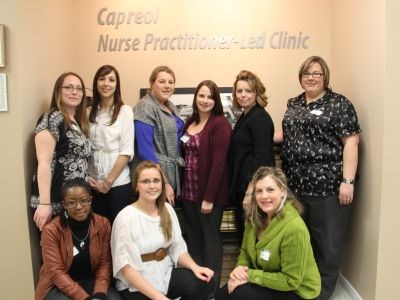 When nurse practitioner Jennifer Fournier moved to Capreol in 2006, she asked one of the family doctors working in the community at the time if she could work with him.

Unfortunately, she wasn't able to secure any provincial funding to do so.
Fast forward to the summer of 2010, when the province was asking for another round of applications to set up nurse practitioner-led clinics.

Although it was a “quick turnaround,” Fournier decided to write a proposal to set up a clinic in Capreol. She found out at the end of August 2010 that she'd been successful in securing provincial funding.

Fournier said the people of Capreol are “ecstatic” about the Capreol Nurse Practitioner-Led Clinic, which first opened its doors in September, but celebrated its grand opening Jan. 24.

“It sounds like at one time in the distant past, Capreol might have been up to five doctors,” she said. “When I moved here, there were three (doctors). Since that time, two have retired and one passed away. The community was in crisis at the time we had applied for the project. They would have had no doctors, no primary health care.”

Fournier, the facility's clinical lead, said she's “thrilled” to be able to serve the community of Capreol.

“We believe a nurse practitioner-led clinic is an excellent fit, based on the need, the location and the type of practice that's needed,” she said.

Because some things are beyond nurse practitioners' scope of practice, the clinic also has two physicians it can call upon to see patients, as needed.

The clinic is located in a renovated Young Street building, which, at various times, has housed a furniture store and a call centre. The renovation costs were covered by the Ministry of Health and Long-Term Care.

Fournier said she's not sure how many patients the clinic is caring for right now, but said it can serve up to 3,200. She said it could be another year before they get up to that number.

“When the physicians left, all of the patients became what we call orphaned, or unserviced,” she said.

“Unfortunately, to do a thorough job of bringing patients into a clinic such as this one, we need to see each one for a visit, get a history and do a physical exam before moving onto the next one. It's taking some time to get the patients rolled into the facility.”