Jeremy Roberts, MPP for Ottawa West-Nepean, tabled the bill back in October, calling for an end to the bi-annual practice of changing clocks.
Nov 26, 2020 7:00 PM By: OttawaMatters Staff 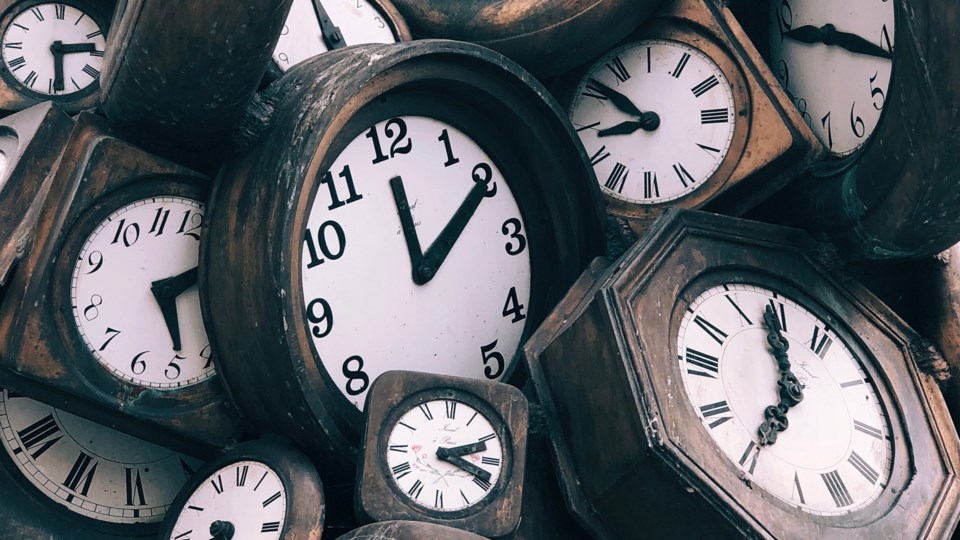 A number of clocks are shown. UNSPLASH/Jon Tyson

A private members bill that would bring an end to Daylight Saving Time in Ontario has passed third reading in the legislature.

Jeremy Roberts, MPP for Ottawa West-Nepean, tabled the bill back in October, calling for an end to the bi-annual practice of changing clocks.

On Thursday, Bill 214 – the Time Amendement Act – received unanimous support and will now be sent to the Lieutenant Governor for Royal Assent.

However, the bill will only come into force when neighbouring Quebec and New York State enact similar legislation.

Both Quebec and New York State have not put forth any legislation related to Daylight Saving Time, but Roberts said he hopes this bill will spark a conversation.

“Ontario is now poised to lead the way on ending this outdated practice,” he said in a statement. “I look forward now to reaching out to counterparts in Quebec and New York to get them on board this exciting initiative.”

Academic studies have suggested that the bi-annual changing of the clocks can cause serious negative effects, including increased depression, heart attacks and strokes, and a higher number of fatal collisions.

Currently the Yukon, most of Saskatchewan, some locations in Quebec and some areas in British Columbia do not switch to Daylight Saving Time and stay on standard time all year.