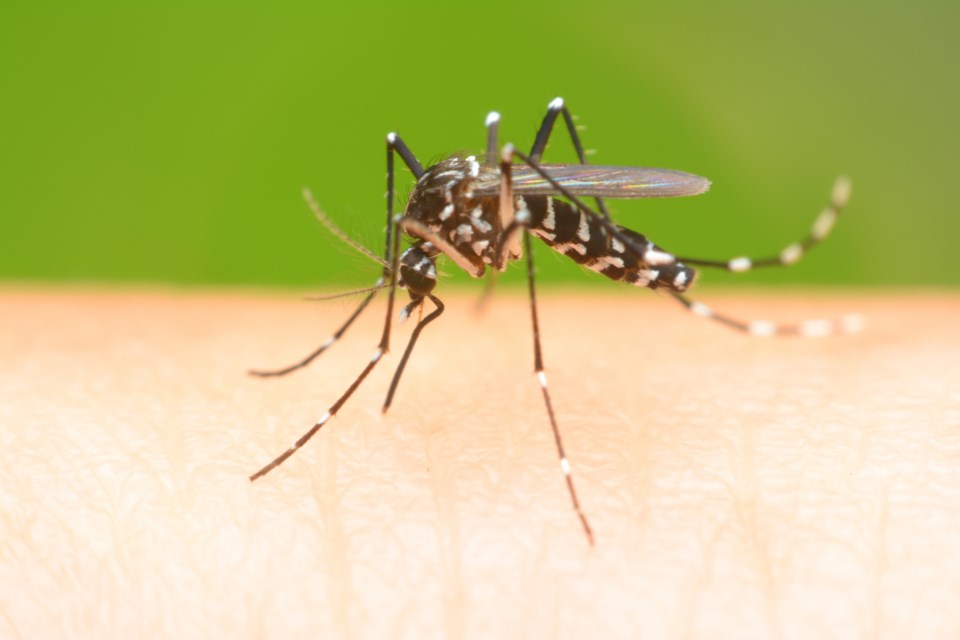 We are only halfway through the mosquito season in Northern Ontario, but already mosquitoes have been discovered that tested positive for the West Nile virus in Ontario. It has prompted public health officials in a couple of Southern Ontario communities (Hamilton, Alliston) to advise residents to take precautions.

The disease is transmitted by mosquitoes and usually produces only mild flu-like symptoms for most people. In some cases it can result in serious illnesses such as meningitis and encephalitis, usually in older adults (50+) and those with weakened immune systems.

According to Health Canada a West Nile virus infection can result from the bite of an infected mosquito, usually one that has previously fed on the blood of an infected bird.

Sean Rollo, an entomologist with Orkin Canada, a company that specializes in pest control, said in most situations mosquitoes are just a nuisance, but they are still troublesome.

"In terms of West Nile virus it is certainly something to be concerned about, perhaps a senior citizen with a compromised immune system; sometimes the very, very young as well do not have a well-developed immune system. That's where West Nile tends to be more of a concern," said Rollo.

He said the reports on positive cases for mosquitoes caught in traps in Ontario may be some of the first reported in Canada this year. Rollo said that doesn't mean there are not other cases, just that cases do not always get reported. He said the mosquito season in Northern Ontario

usually runs from late May to early September.

He said in most cases mosquitoes can be controlled by the application of a non-toxic larvae killing agent that can be applied to a specific area. In some cases it can be a large area such as a municipal park. In other cases it can be a smaller area such as a commercial or residential property. Rollo said for privacy reasons he could not reveal the names of any clients in Greater Sudbury or Northern Ontario that have purchased control services. He said there are many in both the public and private sectors.

In past years, Public Health Sudbury and Districts has carried out surveillance and mosquito trapping programs. The health unit has also provided education and awareness programs directed at encouraging property owners to remove areas of standing water, such as bird baths, roof gutters or large puddles where mosquitoes could lay eggs.

Rollo said this year with the COVID-19 pandemic Orkin has experienced a big spike in the number of calls from people concerned about mosquitoes. He said many companies had decided to cut back maintenance service budgets to save money.

"In doing so you are inadvertently creating environments that are very conducive for pests," said Rollo. "The interesting thing with COVID with everybody working from home, or a large percentage of people working at home especially during the shutdown period, people are noticing the pests around their home."

He said this has led to an increase in calls not just for swarms of mosquitoes but for things such as wasps and ants.

"We have seen an extraordinarily high spike in calls for residential pest control," Rollo revealed.

We certainly don't want to create any widespread panic about West Nile virus. We've got enough on our minds with COVID-19. With that said we don't want to downplay the fact that West Nile exists.

Rollo said the cases have been relatively low in the past couple of years, but the numbers have roller-coastered as well over several years.

"A lot of that will definitely coincide with municipalities doing mosquito control services, or not doing them."

He said municipalities that do take mosquito control services will see a lot less mosquitoes meaning a lot less exposure to the virus. Rollo said most West Nile virus cases reveal very mild symptoms and in many cases no follow up testing is done.

"People are not likely to be tested. Because of that we don't know the true extent or what the true numbers are," he said.