What will the next six months look like in health care?

Virtual visits, virtual offices and virtual learning likely to continue to be the name of the game
Sep 14, 2020 9:58 AM By: Len Gillis, local journalism initiative reporter 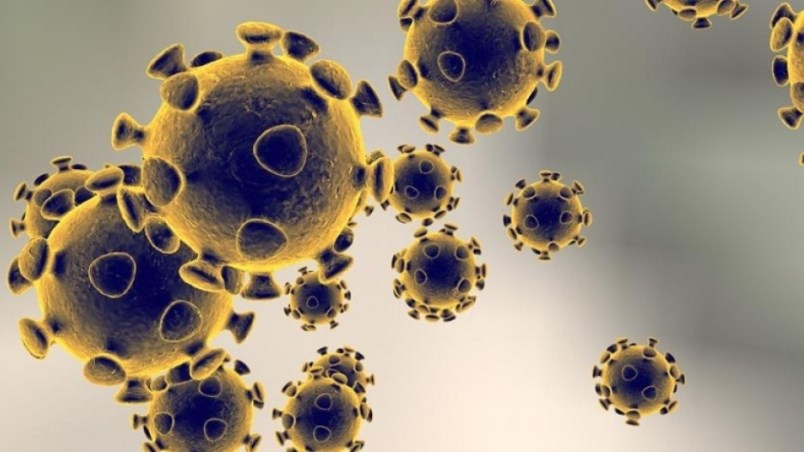 While many younger Canadians might not appreciate the scope of change that has occurred from the pandemic in the past six months, it has been nothing short of a shocker for older Canadians who have grown used to enjoying life in what is believed to be one of the best countries in the world.

While much of the change is felt at the personal level, significant changes have also occurred at the institutional level, especially in terms of health care.

To get a greater sense of that, Sudbury.com spoke with Dominic Giroux the president and CEO of Health Sciences North (HSN) in Sudbury, Northern Ontario's largest hospital, and also with Ray Hunt, the Chief Operating Officer for the Northern Ontario School of Medicine (NOSM), to get their comments on what changes might be coming in the next six months.

(Also see part one of this article).

At Health Sciences North in Sudbury, the main tertiary care hospital in Northeastern Ontario, the pandemic is still a significant concern in terms of infection control and disease prevention. Visitor restrictions have eased slightly but wearing a face mask is still mandatory.

Giroux noted the pandemic created a significant change in at least one facet of care at HSN.

"There has been quite a shift in virtual care, especially in the cancer centre, in mental health and addictions," he said.

"Just from April to August we've done 8,000 more virtual care visits than in the previous year," Giroux said. In that five-month period, there were 12,417 virtual appointments at the cancer centre, which compared with 4,156 during the same period the year before.

"Virtual care is definitely an example where we want to sustain the gain that has been made during the pandemic," said Giroux.

Another change that worked in Sudbury's favour, said Giroux, was the decision by the Ministry of Health to allow HSN to process COVID-19 test swabs. Previously, test swabs were sent to the ministry lab in Timmins or to Toronto.

"But most of the volume was going to Toronto, which unduly increased the turnaround time. To us in the North, that was unacceptable. So we recommended to Ontario Health that it be a standard that all COVID-19 swabs in North stay in the North," said Giroux.

"Our team at HSN was quite proactive in figuring out the equipment and what was required for us to process the swab results locally. As a  result, since May, HSN has processed more than 81,000 results for swabs. We serve 12 hospitals, six assessment centres and eight long-term care homes. And that's an activity that wasn't part of our plan," Giroux laughed, but quickly added he was proud of the team for getting it done regardless.

Another major change coming this fall is the push to ramp at surgeries at HSN and other hospitals across the North. Giroux said there is a backlog of 4,200 surgeries in Sudbury alone.

He added that HSN is in the process of creating more temporary bed capacity at the hospital. He said this will mean moving Alternate Level of Care (ALC) beds to the Clarion Hotel once again to free up more beds at the hospital itself.

"All these measures are important in the short term to allow us to go back to historical surgical volumes  and/or be ready to manage a second wave should a second wave materialize," said Giroux.

He also mentioned that in the planning that took place more than 10 years, HSN was built too small for Sudbury. To help resolve that, Giroux said there is a medium-term goal to add more beds to HSN.

"Our medium term plan is to create 52 new conventional bed spaces at Health Sciences North through the relocation of the children's treatment centre, which is a wing adjacent to the Ramsey Lake Health Centre. We hope to be able to share more about this in the coming weeks," Giroux revealed.

For NOSM COO Ray Hunt, the work at the medical school was carried on with quite a few challenges, but the students, the faculty and the staff persevered.

"We haven't missed a beat. We have continued to be open. Medical education has continued," Hunt said.

Everyone at NOSM is aware that the mandate is to create new medical doctors and to encourage them through their training, placements and residencies to set up practice in Northern Ontario, he added.

With that in mind, the return of medical students for the new school year has happened.  And like many venues of higher education, much of the classroom instruction is taking place online and off-campus. Hunt said things are being done cautiously.

"Now that we've established a return-to-campus plan we are being very careful on how we stage the return. We have a limited number of people who do report to work (on campus). It's mandatory they have to be on site," Hunt explained.

"There are some activities that are occurring from the education perspective, such as clinical labs that we have for our first and second-year students," he said, adding that appropriate precautions of masking and physical distancing are part of the new normal.

Another part of that new normal according to Hunt was the fact that nearly the entire administration and many of the teaching staff were moved off-campus and continued their work online.

"We had faculty still teaching online from home. We had support staff, curriculum developers, program coordinators that were supporting all the learners throughout the process, and they continued to work," Hunt revealed.

"We essentially moved everybody offsite, which makes you wonder if we actually ever need an office to be developed in the future."

Hunt said the forced change of working spaces is something that will get people rethinking the concept of work space in the future.

"I think it's a game changer. Not just for NOSM but all of society is now looking at their idea of commercial office space and looking at different ways we can continue the work force in the future."

In the meantime, NOSM is taking the approach that most of the learning will continue to take place off campus. If anyone needs to be on campus they will be accommodated as safely as possible.

"We are still going to maintain our guiding principles for our return to campus plan. You know there's going to be cases where people will continue to have anxiety or fear. Worry manifests itself in many different ways," Hunt said.

"So we need to continue to be flexible and reasonable to support the personal needs of our learners and our employees. Some will not feel safe in large numbers of people. They may have their own health risks and issues. They may have ongoing family issues, such as childcare or children who choose not to go back to school. They may be dealing with elderly people. So we have to recognize that it is still not business as usual over the next six months," he said.