Grease and The Conjuring on the bill in the parking lot behind Southridge Mall
Jul 2, 2020 11:00 AM By: Colleen Romaniuk, Local Journalism Initiative Reporter 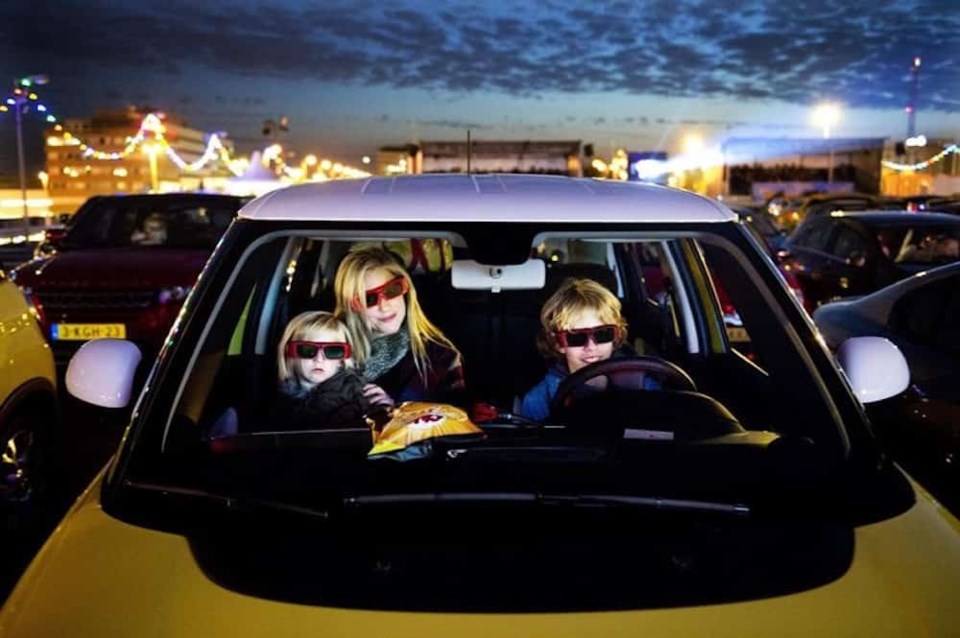 Sudburians can drive on in to watch movies starting this weekend with Horizons Drive-in, a pop-up drive-in movie theatre that will travel to cities throughout Northeastern Ontario. (File)

This summer, drive-in movie theatres will no longer be a thing of the past.

Sudbury entrepreneur Benjamin MacKenzie has been hard at work for the past three months, getting ready to launch Horizons Drive-in, a pop-up drive-in movie theatre that will travel to cities throughout Northeastern Ontario.

Opening weekend will be held in Sudbury from July 3 to 4 in the parking lot behind the Southridge Mall.

“This whole idea actually started back in 2016 when I was graduating from high school,” said MacKenzie. “Me and two of my friends decided we wanted to start our own business for the summer, instead of working somewhere else, before we all went off to university.”

He said the group launched Sudbury Drive-in and operated that business for the summer, before the trio went to university and dissolved the company.

“After the COVID-19 pandemic started, I thought it would be a great idea to bring it back,” he said.

MacKenzie owns a couple of other small businesses in Sudbury, including a production company that hosts corporate events, weddings, concerts and more. Due to the pandemic, this enterprise was forced to close.

“That business was greatly affected by COVID-19,” he said. “The drive-in theatre might be able to recoup some of that lost revenue, and I figured it would be a safe alternative that people can still enjoy while practising social distancing at the same time.”

Horizons Drive-in will be showing films in a number of genres, including classics, comedies, horror flicks and family friendly movies.

Every two weeks, the pop-up will return to Sudbury for showings on the weekend, but the travelling theatre will also be visiting Manitoulin Island, North Bay and Massey.

MacKenzie is also in talks with landowners in Timmins and Sault Ste. Marie for potential future locations.

“We thought a pop-up style theatre was perfect because we wouldn’t need a very big initial investment, and it gives us the chance to hit a bunch of Northern cities rather than just the Sudbury community,” he said.

“We want to make sure we play all the classic movie sets. We are starting with Grease on opening night, and throughout the summer we will feature films like Footloose, Dirty Dancing, Jaws and The Breakfast Club.”

Family friendly films will most likely be shown later in the summer when the sun sets a bit earlier in the evening.

“In 2016, we had a pretty good response to the drive-in theatre, but I think we’re going to see an even bigger response this time around,” said MacKenzie. “There are no other festivals going on, the movies are closed, and we anticipate a bigger turnout than in the past.”

The COVID-19 pandemic “has definitely revived the drive-in theatre in a way we couldn’t have predicted,” he said.

In order to operate, Horizons Drive-in is following strict protocols set out by the provincial government.

This includes limiting the number of cars allowed in a lot at the same time and making sure the vehicles are evenly distributed throughout the lot.

“When people are outside of their cars, say if they are in line for the washrooms or concession stand, they must abide by the social distancing guidelines set out by the province,” said MacKenzie.

“We are trying to do all our sales online to limit contact. Consumers can purchase tickets and items at the concession stand online. They will be given a unique QR code which can be scanned upon arrival.”

The concession stand at each drive-in event will also accept cash as payment.

The audio for each film is broadcast through FM frequency, so movie-goers can listen to the movie’s audio through their car stereos, which helps the pop-up bypass any municipal noise restrictions.

“As of today, the closest drive-in to Northern Ontario is the Muskoka Drive-in in Gravenhurst, which has been there for a number of years. So far, I haven’t heard of any other drive-ins opening in Northern Ontario,” said MacKenzie.

He noted that in the guidelines outlined by the Ontario government, only drive-ins that were established prior to May 29 will be allowed to open during the pandemic.

MacKenzie’s business licence from 2016 is still active, which allowed the drive-in to open.

“The response so far has been awesome,” he said. “Especially as a young entrepreneur in a smaller Northern city, the response and support for this idea has been amazing to see.”

Tickets to opening night in Sudbury and Little Current at Horizon Drive-in theatre are now available online at Horizondrivein.com.

Gutsy Walk at your own pace on Sunday August 23 in Sudbury
Aug 15, 2020 12:00 PM
Comments
We welcome your feedback and encourage you to share your thoughts. We ask that you be respectful of others and their points of view, refrain from personal attacks and stay on topic. To learn about our commenting policies and how we moderate, please read our Community Guidelines.