While the Ontario Lottery and Gaming Corporation is tight-lipped about what groups have expressed interest in building a casino in Greater Sudbury, at least one potential suitor has confirmed its interest, at least on some level.
Jul 20, 2012 7:15 PM By: Darren MacDonald 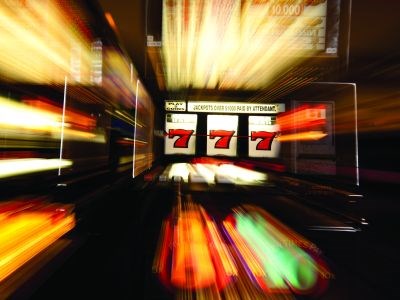 A casino would be a natural choice for the Rainbow Centre, according to the facility's owner, Vista Hospitality,which said it has expressed interest in a gaming centre. File photo.

While the Ontario Lottery and Gaming Corporation is tight-lipped about what groups have expressed interest in building a casino in Greater Sudbury, at least one potential suitor has confirmed its interest, at least on some level.

Vista Hospitality, which owns the Rainbow Centre, participated in the first part of the process – the request for information – in hopes of eventually seeing the casino located in its downtown mall.

Amin Visram, CEO of Vista, said his company has experience in the casino industry, having been a licensed casino operator in Reno, Nevada.

“We bought the Flamingo Hilton in 2001 in Reno,” Visram said, in a July 20 interview from his Kitchener office. “We converted that to the Golden Flamingo Hotel and Casino in 2002, and we sold it in 2006. So we were casino licensees in the State of Nevada.”

However, the nature of Vista’s participation hasn’t been determined. But whether it be as a landlord to whomever wants to build the casino, or as the actual casino owners, Vista is interested, Visram confirmed.

“We definitely have the space,” he said. “We could make it fit quite nicely. And it would have to be a situation where (Rainbow) becomes an entertainment complex, so to speak … But are we absolutely committed? I cannot truthfully tell you that right now.

“We’re evaluating that internally and we’ll have a meeting to discuss it with our key decision-makers within the next 10 days. It is something that we might look at, potentially, but it’s a long process. There are many variables. The OLG is still figuring out how they want to pursue this.”

Visram said the mall has a lot going for it, if the company decides to build the casino themselves. Sudbury MPP Rick Bartolucci has already come out in favour of building the casino downtown, and Rainbow already has the parking and a hotel on site, both considered key for a successful, full-fledged casino.

“Nine times out of 10, when you have casinos anywhere, you have people who need to stay overnight at a hotel,” Visram said. “A lot of players may be locals, but a lot of them will be from out of town. And the key for a casino is making sure that it is a centrepoint for people to enjoy and have an experience, not only of gaming, but an overnight experience – whether that be restaurants, whether that be entertainment or a hotel stay.”

While no final decision has been made, Visram did say there’s a buzz at the company over the prospect of getting involved on the project.

“Certainly, there’s excitement because of it,” he said. “Not just from our side, but from people in the City of Sudbury, as well. If we can contribute, and be a good participant in the (revitalization) of the area of downtown Sudbury, we would definitely be open to that and will consider it.

“I can tell you in general terms, we receive submissions from municipalities, from interested observers, from corporations,” Brum said earlier this month. “The RFI includes a host of questions that we ask the municipalities or the corporations to provide answers to. And we’re going through that information now. We expect those answers to help form part of the basis for the (request for proposals) in the fall.”

“I can tell you we did receive many responses,” Brum said. “But I can’t get into how many per zone or how many per area ... This is a commercial process, and as such, they expect a certain level of confidentiality. And so we have to respect that.”

As part of the Ontario budget, the OLG announced earlier this year it was ending an agreement with Ontario racetracks, where Ontario’s slots facilities have been located since the 1990s. The tracks hosted the slots and shared in the revenue. In Greater Sudbury, the slots facility is located at Sudbury Downs in Chelmsford.

In May, the province issued the RFI, looking for groups interested in building full-fledged casinos in 29 gaming zones across Ontario. In the north, those zones are in Thunder Bay, Sault Ste. Marie – both of which already have casinos - Sudbury and North Bay.

Brum said the next step in the three-part process is a request for pre-qualifications (RFPQ), in which groups that have shown interest in the process must show they are qualified to build and run a casino. The RFPQs should be issued this summer, he said.

“This is a process where we will go through the qualifications of the bidders (to ensure) those requesters are qualified to run a casino,” he said. “And only those requesters that have been pre-qualified will be able to move on to the RFP (request for proposals).

“We will be putting out information about the vendors in due course, but as it stands now, the RFI just closed (July 4) and we’re literally just going through them all. It’s very early days yet.”

Brum said the request for proposals - the last stage in the process before a successful bidder is selected – should happen sometime this fall.

While the owners of the Rainbow Centre are moving ahead with their proposal, at least one other potential suitor hasn’t yet participated in the process.

Pat MacIsaac, who owns Sudbury Downs, said he didn’t participate in the RFI.

In addition to the Downs, MacIsaac also owns the Southridge Mall in the city’s South End, another potential location for a casino, with plenty of commercial space and parking. However, MacIsaac said he had nothing to say at this stage on whether he would be participating when the province eventually looks for concrete bids to build a casino in Sudbury.

When the process began in May, Bartolucci immediately raised the possibility that a private-sector investor could be interested in adding a concert hall or convention centre along with the casino. Both facilities have long been part of a vision for revitalizing downtown, but until now, there hasn’t been public money or private-sector interest in funding the projects.

“The private sector is very, very creative,” Bartolucci said in May. “Who knows what the possibilities are? It could extend itself into an entertainment venue, into some type of a convention centre … I look forward to seeing how this develops.”

While the end of the old agreement will be devastating to Sudbury Downs, Bartolucci said municipalities stand to gain more revenue when the casinos are a reality.