Red light runners could be caught on camera in Sudbury 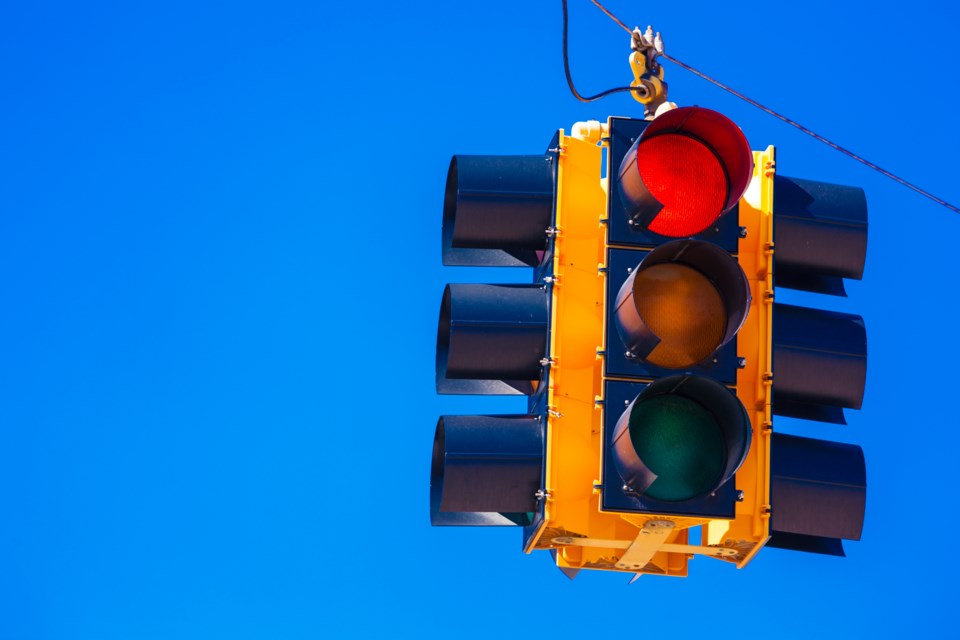 Three busy intersections in Greater Sudbury could soon be monitored by red light cameras, if the proposal is approved by the city's finance committee next week.

Approved in principle in January, a staff report on the proposal says AECOM, an outside firm, was hired to determine which intersections in the city would benefit most from the cameras.

“After a field review of those intersections, it was determined that four intersections would benefit from other measures, i.e. improved signage, branch removal, therefore RLCs were not considered as the best choice.

“For the remaining three intersections, a RLC is being recommended as the best solution to minimize/improve collision rates.”

Those intersections are: Paris Street at Cedar Street; Regent Street at Algonquin Road; and, Municipal Road 80 at Dominion Drive. Another three intersections will be identified later, the report said.

“It is further recommended that field work continue on other intersections within the CGS where collision rates are greater than expected and identify an additional three intersections where a RLC is recommended as the best traffic solution to reduce collisions,” the report said. “Once selected, the recommended six locations will be brought forward to council for approval.”

The report estimates that operating and maintaining the cameras, as well as processing the fines, will cost about $500,000 a year, with $580,000 coming back in fine revenue, for a profit of $80,000. The $580,000 figure is based on one conviction a day when all six cameras are operating.

“A red light camera before-and-after study released in 2011 found that in 14 U.S. cities with red light cameras, fatalities due to red light running declined by 35 per cent,” the report said.

“Ontario municipalities that have installed RLCs have seen the numbers of red-light running infractions decrease and the number of rear end collisions decrease over time as motorists become accustomed to the RLCs and that these benefits have extended to other intersections that do not have RLCs.”

The current fine for a red light running violation is $325. Of this $325, the municipality retains $265 while $60 is sent to the province through the victim surcharge fine. If the fine goes unpaid, the license plate cannot be renewed. The owner’s driver’s license is not suspended and no jail term can be imposed for defaulting on the payment of the fine.

If approved, staff will bring a business case to city council during the 2019 budget process, with an eye on installing the cameras some time next year.

Ontario passes bill to move province permanently to daylight time
Nov 26, 2020 7:00 PM
Comments
We welcome your feedback and encourage you to share your thoughts. We ask that you be respectful of others and their points of view, refrain from personal attacks and stay on topic. To learn about our commenting policies and how we moderate, please read our Community Guidelines.