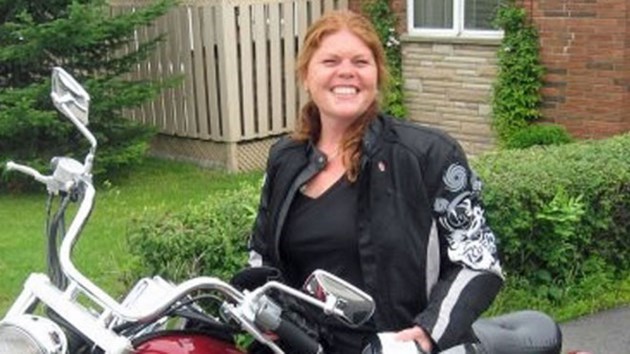 It has been six years to the day that Sheri-Lynn McEwan was found seriously injured in her Estaire home, and later died of her injuries. (File)

Six years to the day since her murder, Sheri-Lynn McEwan's colleagues at the Estaire Volunteer Fire Service haven't forgotten her, and they don't want you to forget her either.

The popular nurse returned home from a vacation on Oct. 7, 2013 and was murdered a short time later. That murder remains unsolved.

Sheri-Lynn McEwan was a member of the Estaire Volunteer Fire Service, and the organization issued a statement on the six-year anniversary of her murder.

"This tragedy touched not only every member of the fire team but every person in our little community. We ask that you take a moment to remember Sheri-Lynn (The Red Rock Crusher), her smile and her zest for life," said the service in a Facebook post.

In 2018, the Government of Ontario offered a $50,000 reward for information leading to the arrest and conviction of the person or people responsible for her untimely death.

It has been six years to the day since McEwan was found seriously injured in her Estaire home, and later died of her injuries.

Police have continued to investigate her death as a homicide. They have not made any arrests related to the 40-year-old's murder.

On Sunday, Oct. 7, 2013, McEwan was dropped off at her Estaire home by her friends, after returning home from a weekend trip to Las Vegas. Shortly after she was dropped off, a 911 call came from the house at around 4 p.m.

When first responders arrived at the scene, the woman was found seriously injured. Not long afterwards, those injures took McEwan's life.

Her husband, Terry Boyle, was found dead in the same home just weeks later, on Oct. 27, 2013. Police did not suspect foul play in his death.

The fire service asks anyone who thinks they have information on the murder to call the OPP.

"Please support the efforts of the Ontario Provincial Police (OPP) in this investigation. If you have remembered any information (no matter how trivial you think it might be), please contact the OPP at 1-888-310-1122."

Tips can also be made to Crime Stoppers at 888-207-8477 or online at SudburyCrimeStoppers.com.