Sandman not yet ready to discuss details of its plans for former Ambassador hotel
Sep 4, 2019 2:45 PM By: Darren MacDonald 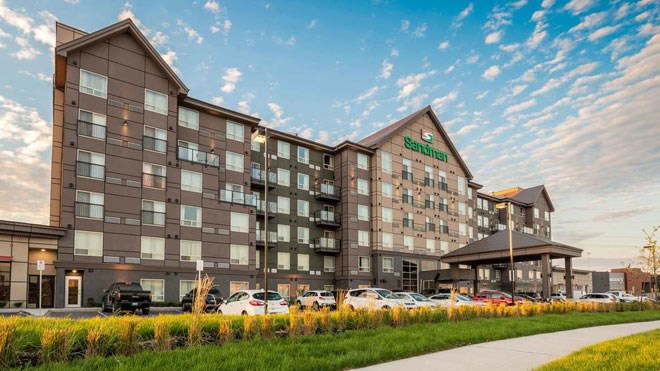 It was Vancouver-based Sandman Hotel Group that bought the former Ambassador Hotel on Falconbridge Road, Sudbury.com has confirmed.

But the company says it's not yet ready to discuss details of what it has in store for Greater Sudbury.

“There are no definite dates as to when the property will begin operating,” said an email from the company's head office.

“And there are very limited details available about on-site facilities/amenities. For that reason, we are unable to answer any questions about this hotel just yet.”

But details should be available in a few months, the email added. Sandman, which celebrated its 50th year in business in 2018, owns 45 hotels, resorts, inns, and suites in Canada, and last year opened properties in the U.S. and the UK. Sudbury would be the company's first property in Northern Ontario, although it has four in Southern Ontario.

In addition to Sandman, a 120-room Hilton Garden Inn is under construction behind The Keg on The Kingsway. Owned by Calgary's Urban Enterprises Corp., construction of the $20 million hotel is being overseen by Ironwood Management Corp.

“The entire site has about 400 parking spaces to service the hotel and retail businesses there, including The Keg,” McDiarmid said in an email. “The Keg property is owned but not operated by Urban Enterprises. The hotel itself is actually a joint venture between Urban Enterprises and FHC Hotels & Resorts Inc.”

“We believe (the Hilton) will be the most impressive hotel in the market.”

While there was talk that Hilton was interested in building along the new arena and casino in the Kingsway Entertainment district, the legal battle has delayed the project – and apparently sapped the chain's interest.

While not commenting on the KED, McDiarmid confirmed “this site is the only development currently in Sudbury.”