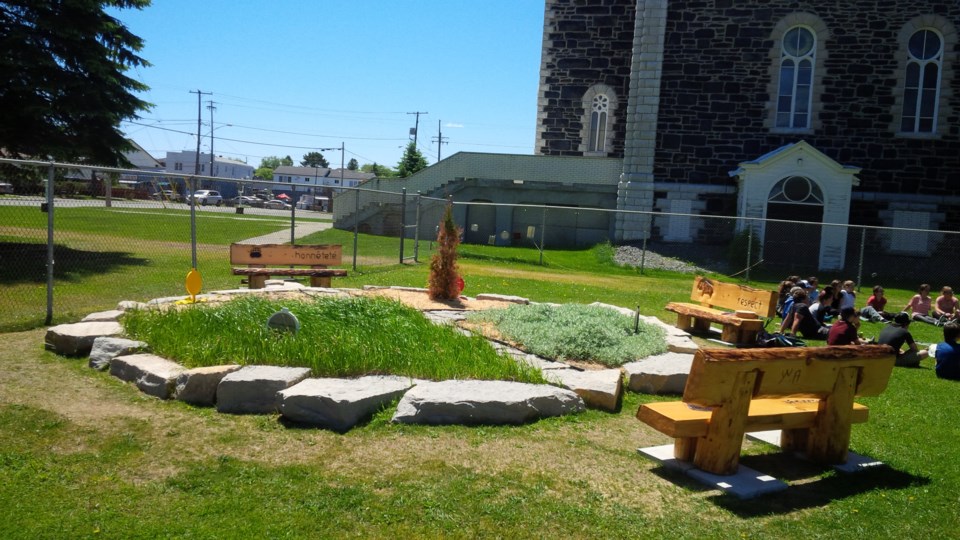 The Jardin du Créateur was conceived as a way of paying homage to the cultures of First Nation, Métis and Inuit peoples (FNMI), providing students with opportunities to sow and harvest sacred plants such as tobacco, sweetgrass, sage and cedar.

In addition to providing a sense of belonging to the families of FNMI students at the school, the garden fosters student learning about ancestral history and culture.

It is a modest addition to the many reconciliation efforts already taken by Conseil scolaire catholique du Nouvel Ontario schools, said a press release.

CSCNO, which prides itself in its proactive Aboriginal education program, is offering this unique opportunity to support Native students (First Nations, Métis and Inuit) and help them reach their full potential, the press release added.

The board’s program includes initiatives that support awareness, learning and success at school, and seeks to instill pride and belonging towards the Native cultures.