Some stories to start your weekend

Here's what's happening around Greater Sudbury this weekend
Oct 14, 2017 8:00 AM By: Sudbury.com Staff 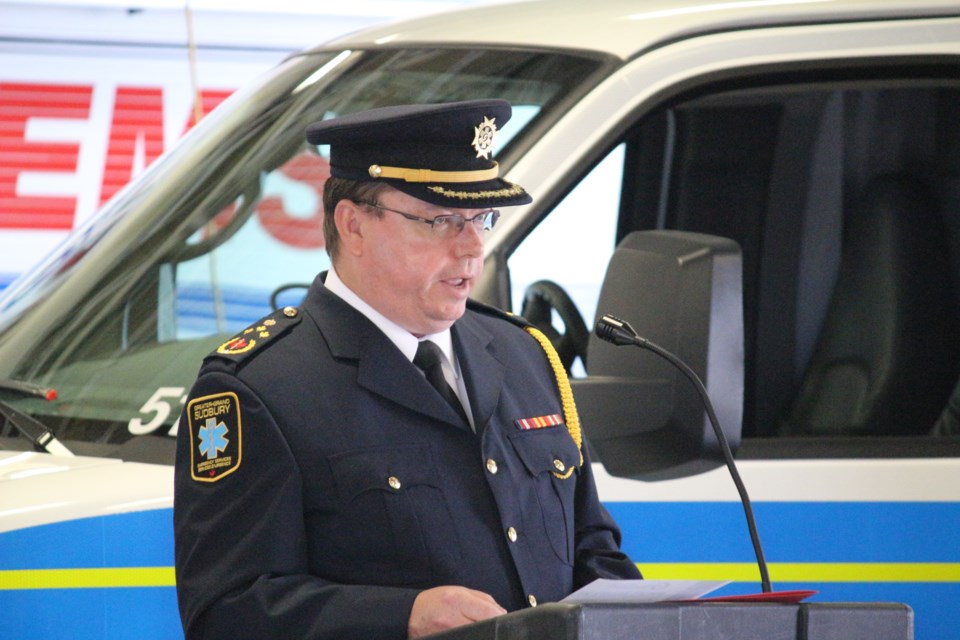 The embers from the failed fire optimization plan in Greater Sudbury keep burning, as Sudbury's career firefighting union has launched a complaint on behalf of embattled Fire Chief Trevor Bain.

The embers from the failed fire optimization plan in Greater Sudbury keep burning, as Sudbury's career firefighting union has launched a complaint on behalf of embattled Fire Chief Trevor Bain. This comes weeks after the union representing volunteer firefighters went public with news it was fighting the dismissal of three of its members, as well as the disciplining of another eight volunteers. Firefighting in Sudbury has become controversial since last spring, when Bain led a series of public input sessions outlining the costs of equalizing fire response times across the city. Read the full story here.

The plan to build a 60,000-square-foot Francophone arts and cultural centre in downtown Sudbury is $12.5 million further along after a major funding announcement Friday. Heritage Canada Minister Mélanie Joly was on hand for the announcement, as were Mayor Brian Bigger, Nickel Belt MP Marc Serré and Sudbury MP Paul Lefebvre. The announcement was made at the McEwen School of Architecture, downtown. Of the funding, $9.5 million flows from the Canada Cultural Spaces Fund, while the remaining $3 million was provided by FedNor. More on this story plus video from the announcement can be found here.

Lead turns up in water at Sudbury schools:

Several schools in Greater Sudbury have flunked a water test, government records show, with lead levels in the water higher than the 10 parts per billion allowed under Ontario regulations. In total, 20 schools showed significant led levels about 5 ppb or higher, a limit some experts say should be imposed to ensure drinking water is safe. The College Notre Dame scored the highest in the water testing, once testing 89/ppb, followed by a reading of 37.6 about three months later. The test was of standing drinking water, rather than running the water first. More on this story here.

Injuries piling up as collision count continues to rise on Sudbury roads:

Sears Canada was given court approval on Oct. 13 to move forward with a full liquidation of its remaining stores, including its Sudbury location inside of the New Sudbury Centre. The move will put 12,000 employees of out of work Canada-wide, as the 65-year-old chain will vanish from the country's retail landscape. What will the impact be locally, here in Sudbury? Job loss, a shrinking retail sector, vacant space in one of the city's most popular shopping destinations. While today's announcement that Sears will undergo a complete liquidation may have come as a shock to some, Cambrian College School of Business professor Brian Vendramin says he saw this coming for some time. Full story can be found here.

Artists show off their skills at Sudbury's first Art Battle:

Sudbury's first ever Art Battle took over the student centre at Cambrian College on Oct. 12. A total of 12 artists armed with paint brushes went head to head against the clock, the canvas and each other. Divided into two groups of six, with just 20 minutes to create a work of art, the artists were narrowed down to just four based on crowd vote.The concept is not a new one, but it is new to Sudbury. Alix Voz helped coordinate the first ever Art Battle after competing in Toronto. With the help of Celina Mantler, the pair put together a competition that drew more than 75 people to Cambrian College to watch local artists go head to head. Check out video from the battle here.

The Northern Frights Festival will unleash a "killer" line-up of indie horror films in Sudbury on Oct. 21. Sudbury.com is giving away two passes to the one-day festival. To enter, simply tag a friend who shares your love for horror in the comments below. One winner will be selected at random and announced in the comments section on Oct. 17. Feast your eyes on more than 30 flicks during the festival on Oct. 21 at the Sudbury Theatre Centre. Find out how to win your tickets here.

There's a bit of everything in this weekend forecast, including snow flurries. Mix of sun and cloud for Saturday with a high near 15. Rain showers expected Saturday evening and into Sunday. It's going to be a cool day on Sunday with periods of rain throughout the day. Temperatures will drop below the freezing mark Sunday evening with a chance of snow flurries. For current weather conditions, short-term and long-term forecasts visit Sudbury.com's weather page at www.sudbury.com/weather.