Sudbury centre for adults with developmental disabilities continues to expand 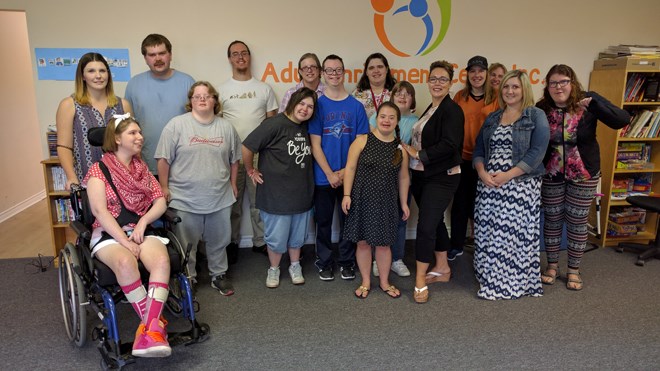 In the wake of scathing report from Ontario's ombudsman on the state of services for adults with developmental disabilities in the province, one independent centre in Sudbury is bucking the trend.

On Aug. 24, 2016, Ontario Ombudsman Paul Dubé published his report, Nowhere to Turn, which came after his office investigated more than 1,400 complaints from families of adults with developmental disabilities who are in crisis situations, including being abandoned, abused, unnecessarily hospitalized and jailed.

The report concluded that despite the provincial government’s announcement in 2014 of $810 million over three years for developmental services (bringing spending to $2 billion a year), “progress has been incremental.”

“There is still marked inconsistency in how limited funds are prioritized and distributed” and families struggle with “interminable wait list delays,” leaving some so desperate that they have abandoned their loved ones, the report said.

The report detailed 18 cases of adults with developmental disabilities and complex needs who were left homeless, abused, abandoned, or inappropriately housed in hospitals, long-term care facilities and jails. One 24-year-old man lived for months in a long-term care home, where he injured one senior and was molested by another; another man with autism spent 12 years in psychiatric units.

One woman who couldn’t remain in an abusive home was moved 20 times in 34 days; another was abandoned by an exhausted, ill relative after two of her other caregivers died.

Dubé and his office made 60 recommendations to improve services for adults with developmental disabilities.

Those included a recommendation that the Ministry of Community and Social Services formally recognize its role in directly assisting with crisis cases, and direct its regional offices and service agencies that adults with developmental disabilities should not be returned to abusive situations or housed inappropriately in hospitals or long-term care facilities.

Many recommendations call for improved tracking, monitoring and research to identify service gaps and allow for flexible and urgent solutions to crisis situations.

Following the report, Community and Social Services Minister Helena Jaczek has said the ministry will accept and implement all 60 of his recommendations.

Around the same time the province announced its funding increase for developmental services Joanne Bouchard launched the Adult Enrichment Center in New Sudbury.

The centre provides full-day programs for adults with developmental disabilities, and teaches them a wide range of skills — from workforce preparation to basic math — after they've graduated from high school.

When she opened her first location in Sudbury, located at 1895 Lasalle Blvd., Bouchard said her goal was to help 15 clients learn life skills in a welcoming environment.

She soon found out the need in the community for those services was greater than she had originally anticipated.

“We expanded so quickly here in Sudbury,” she said.

In June 2015 the Adult Enrichment Center opened a second Sudbury location – next door to the original centre on Lasalle Boulevard – and a third centre should be ready before the end of the year, Bouchard said.

The Adult Enrichment Center now has more than 60 clients – and has continued to expand beyond Greater Sudbury's borders.

A Sault Ste. Marie centre opened in May 2016, and Bouchard said she is offering a licensing agreement to entrepreneurs that would like to open centres in other parts of Northern Ontario.

Bouchard said she is in contact with partners in Timmins and Thunder Bay to open centres in those cities.

Bouchard said she also has plans to offer home care and respite services for adults with developmental disabilities in the near future – well ahead of her initial plans.

While the Adult Enrichment Center is filling a need in the community it offers a private service that is not fully funded by the province.

Clients – or most often their caregivers – pay out of pocket for the day programs – although the Ministry of Community and Social Services' Passport program helps cover those costs for families that qualify.

Bouchard said the success stories from clients – including a number that have found jobs since joining the day program – have made it all worthwhile for them and their families.

“You see miracles every day here,” she said.