Sudbury Mining Week has received a makeover. As of this year, the awareness week, which begins in late April, will be known as Modern Mining & Technology Week.
0
Jan 21, 2013 7:25 PM By: Sudbury.com Staff 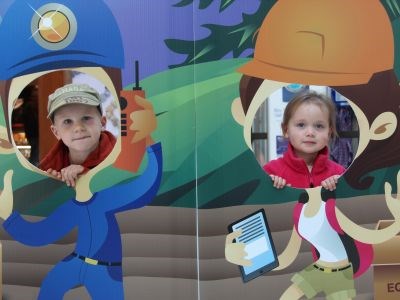 As of this year, the awareness week, which begins in late April, will be known as Modern Mining & Technology Week.

Organizers say the change was made because of a positive shift in the industry that wasn't being reflected in the name.

This shift “required updating as the industry faces recruiting challenges related to attracting exploration and mining professionals and workers in the skilled trades,” according to a press release.

While an awareness week will still be held once a year, a new group called Modern Mining & Technology Sudbury will also look to host events year-round.

As always, the week will feature various activities including a career fair, an interactive MineOpportunity team competition and a photo competition.

Over the past few months, the volunteer committee of industry and educational leaders have met to look at updating the name and branding.

Not only did they want to better reflect the realities of the industry, they also wanted the process of informing young people to be more than just one week a year.

In addition to a new name, Modern Mining & Technology Sudbury will be unveiling a new website, logo, and social media platforms over the next few months.

"Increasingly we have been hearing from students that when they think of mining they think of underground tunnels and of rocks and drills, and that's about it," said committee chair Nicole Tardif.

"In fact, the reality is that exploration and mining technology have evolved tremendously in the past few decades and Greater Sudbury has truly become an international centre for mining innovation excellence. So, we knew we needed a brand that better reflected the industry if we were going to interest and inform young people about a future in this sector."

"We don't want to forget where the mining sector in Sudbury has been," said DeStefano.

"But we really want to focus on the current reality of this sector and where it's going. And, that is in the direction of what's being called 'modern mining' and certainly continuing on a path of mining 'technology' and innovation. We feel this is a productive step in the right direction."