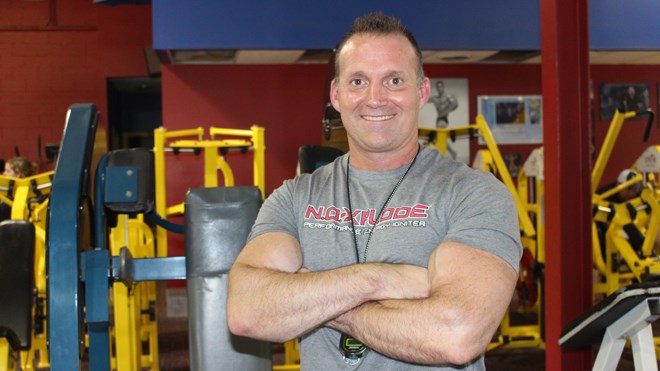 Hard work pays off. You get out what you put in. No pain, no gain.

These might be the three most common phrases you'll hear if you walk into any gym or personal training session.

These slogans are much more than just words when it comes to Sudbury personal trainer and gym owner Troy Thompson, who was recenlty named Trainer of the Year by Muscle Insider magazine.

That's not just in Sudbury, that's Canada-wide, where Thompson has been voted by his peers and a review committee as the top personal trainer in the country.

Winning the prestigious title came as a surprise to Thompson, who has owned The Gym on Sparks Street since 2010.

“I didn't even know I had been nominated, someone nominated by anonymously I guess,” said Thompson.

“I didn't find out until I got a call that I had made the top 10 and then it's up to you to show the judging committee what you have to offer.”

When it comes to his portfolio, Thompson prides himself on his diversity of training techniques, as well as a history of learning from fitness legends like Dorian Yates.

“I think that's a big part of what they were looking for, is do you have a diverse portfolio and can you cater to anyone who is looking for training.”
The science behind personal training has come a long way from the days when Thompson was training and competing, and it was going through the hard knocks of trial and error that brought him to where he is now.

“There wasn't planned personal training back when I started, it was a lot of trial and error or just going to the biggest guy at the gym and watching him or asking him for advice,” said Thompson.

“I spent my life making mistakes and learning from them, so now I'm able to help people so that they're not making the same mistakes I did and they're achieving their goals without having to start over and over.”

Thompson started working out at The Gym back in 1986 and has been the owner since 2010, and while based in Sudbury, he is training people all over the world thanks to the world of online training.

“Someone can call or email me with their fitness goals and I'm able to design a fitness program, nutrition plan, and everything for them,” he said.

Troy's method is one that focuses on quality over quantity and is a high-intensity training regiment.

“I'm here for 16 hours every day and each training session is half an hour, so I'm dealing with hundreds of people with different programs,” said Thompson.

“Everyone needs their own specific plan and I like to keep it to half an hour because a lot of people that just don't have the time. There's doctors and people like that who will just come in for 15 minutes and I try to maximize that time so that they're still accomplishing what they're coming in for.”

With wins in fitness competitions, Junior Olympics, and other athletic accomplishments under his belt, Thompson says the honour of being named the nation's top trainer is one he holds above many of his past successes.

“I love it, this is such a great honour because in the past, everything I won was something I was doing for myself,” said Thompson.

“With this, it's about what I've done for others and that's pretty special to me.”