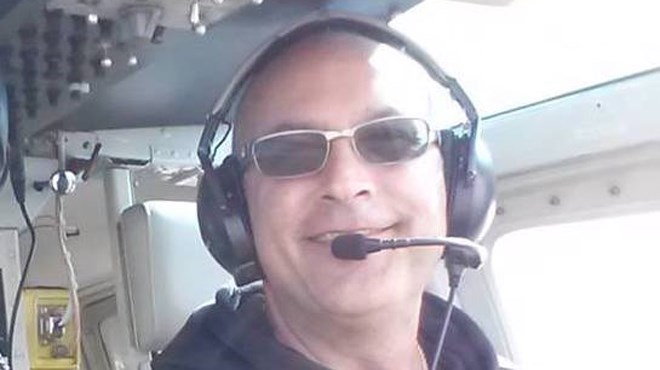 Jim Armstrong, a pilot formerly from Sudbury, died in a helicopter crash north of Toronto on Sept. 25. (Supplied)

A pilot formerly from Sudbury died in a helicopter crash north of Toronto on Sept. 25.

“It has been confirmed that one of our aircraft and a senior pilot were involved in a crash yesterday - Sept 25,” the post states. “We are deeply saddened to have lost a longtime friend, colleague and experienced pilot. We are working closely with the Transportation Safety Board and as such will not be commenting further. We would like to thank all who have reached out to us to offer support. Ours is an amazing industry.”

Friends of Armstrong began mourning his death as early as Tuesday night.

“I know many of my friends on Facebook know him well and I am sorry to be the bearer of this news. I am still in shock.. I love you so much Jimmy, why did this have to happen.”

Other friends say they will remember Armstrong for his smile and contagious laugh.

There will be a celebration of life in Sudbury on Sunday Sept. 30 from 1-4 p.m. It will be held at the Ambassador Hotel at the corner of Falconbridge Road and The Kingsway.

“Bring your stories and memories of an amazing person,” stated another post on Essential Helicopter's Facebook page.

Essential is a helicopter pilot flight-training program with Canadore College.

The Transportation Safety Board of Canada is investigating.

Bullet holes in BBQ, brick wall at Hanmer building neighbours say is fatal shooting site
Jul 13, 2020 2:45 PM
Comments
We welcome your feedback and encourage you to share your thoughts. We ask that you be respectful of others and their points of view, refrain from personal attacks and stay on topic. To learn about our commenting policies and how we moderate, please read our Community Guidelines.