Taking a stand against bullying

Brandon has come home from school with bruises, bite marks and broken glasses. The 12-year-old Grade 5 student was the victim of bullying for months while attending a school near his home.
Aug 29, 2011 8:51 PM By: Jenny Jelen 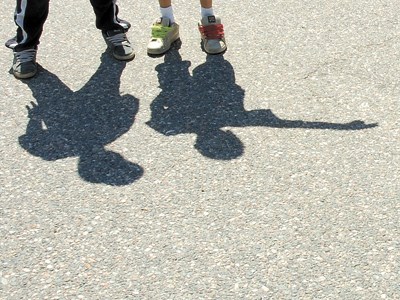 A study completed in 1994 showed that rates of bullying and victimization have remained fairly constant for the past 15 years. Photo by Jenny Jelen

Brandon has come home from school with bruises, bite marks and broken glasses.

The 12-year-old Grade 5 student was the victim of bullying for months while attending a school near his home.

Brandon’s dad, Mark, and his step-mom, Amanda (who requested their last names be withheld), have been in touch with his local elementary school to determine how to deal with the situation. They met with Brandon’s teacher and principal on three separate occasions, spoke to them multiple times on the phone and communicated daily with Brandon’s teacher through his agenda.

We could not take it anymore. We didn’t want Brandon getting hurt (any) longer.

“We keep in touch so many ways,” Amanda said.

Despite their frequent communications with the school, Mark and Amanda are concerned for Brandon’s physical health and well-being.

One particularly violent incident — where Brandon was kicked and pushed off the bus by two girls — resulted in Mark and Amanda phoning police.

Police spoke to the bullies as well as their parents, requesting the two girls keep their distance from Brandon when playing outside.

“They’re still near me and calling me names,” Brandon said.

When the family informed the school about the incident involving police, they didn’t get the results they were hoping for — or any results at all.

Brandon’s school told Mark that the bullies would not be taken off the bus, even for a short period of time.

Mark ended up driving his son to school as a result.

With only weeks to go in the school year, Mark and Amanda decided to pull Brandon from his school and send him to a new one to escape the bullies.

“We could not take it anymore,” Amanda said. “We didn’t want Brandon getting hurt (any) longer.”

According to PREVNet, a national network of Canadian researchers, non-governmental organizations and governments “committed to stop bullying,” research done by the World Health Organization in 2004 states about 12 per cent of girls and about 18 per cent of boys, aged 13, experience bullying on a monthly basis. A similar study completed in 1994 showed that rates of bullying and victimization have remained fairly constant for the past 15 years.

What’s being done in schools?

Local school boards have guidelines in place to prevent and deal with bullies in and around their schools.

Local school boards have implemented programs like Roots of Empathy, to help students learn how to read people’s emotions and how to react to them. Photo by Heather Green-Oliver

The Rainbow District School Board’s policy states that bullying is a repeated, persistent and aggressive behaviour directed at an individual that is intended to cause fear and distress or harm to another person’s body, feelings, self-esteem or reputation. Students found uttering threats or bullying others can be suspended, but other steps, like “positive school discipline” and “progressive discipline” usually proceed it, as outlined by the Ministry of Education.

The ministry states that disciplinary measures like reviews of expectations, assignments involving learning components and referrals to community agencies come before suspensions.

According to the board’s policies, the way a student is dealt with can depend on his or her ability to control their behaviour, their ability to understand the “foreseeable consequences” of their actions, their age and their exposure to the progressive discipline system.

The Sudbury Catholic District School Board’s policies state that bullying “will” have a negative impact on students, and focuses on mutual acceptance and inclusion as methods of combating it.

Some local school boards also host programs like Roots of Empathy, where a parent and baby from the community visit a classroom during the school year. The program isn’t directly aimed at reducing bullying, but it has proven to have a positive effect.

The program gives students the opportunity to learn how to read people’s emotions, and how to react to them, Matthew Davie, a local teacher whose class participated in the program, said.

The Grade 4/5 teacher said his students became “much more aware” of issues like bullying after learning that every living human experiences emotions.

Nancy Ansamaa-Friesen, a Roots of Empathy instructor with the Rainbow District School Board, said many of the teachers she has worked with agree.

“(They) say they have noticed in the students a reduced level of negative behaviour towards their peers,” she said in an e-mail to Northern Life. “They hear the students talking amongst themselves about how to deal with a situation and objections to negative comments become more vocal as the classes progress.”

Ansamaa-Friesen said she believes the program is effective because it teaches kids that bullying affects everyone.

“(Students) will work together to ensure their baby’s safety and happiness. This one step is built on throughout the program to transfer their feelings of empathy to children their own age and older.”

- With files from Carrissa Peach.