Two patients of Dr. Paul Malette say they are scrambling to find a new physician after being dropped by City of Lakes Family Health Team
0
Jan 8, 2020 2:45 PM By: Matt Durnan 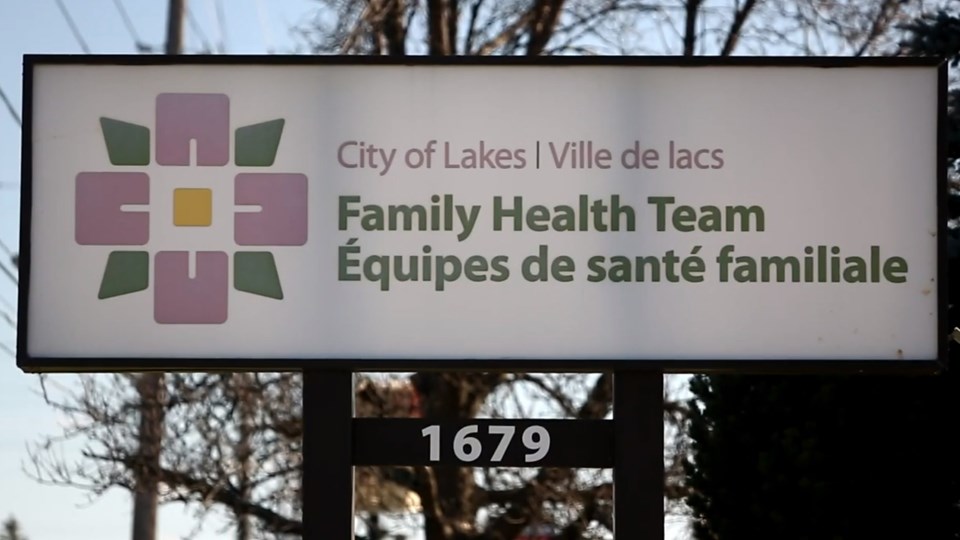 A pair of patients at City of Lakes Family Health Team in Val Caron have been left without a family physician after their doctor, Paul Malette was suspended for misconduct.

A pair of patients at City of Lakes Family Health Team in Val Caron have been left without a family physician after their doctor, Paul Malette, was suspended for misconduct.

Dr. Paul Malette, 63, was suspended by the Ontario College of Physicians and Surgeons, after a disciplinary panel found that the doctor “committed an act of professional misconduct” for acting in a way with a patient that would be regarded as disgraceful, dishonourable or unprofessional.

In July 2018, it became public that the physician had been accused of sexual abuse by a patient. At the time, the college imposed orders on Malette’s practice, preventing him from seeing patients alone and requiring a patient monitor to be present at all times.

Malette, who has practiced medicine since 1985, was not charged with a crime.

Two of Malette's longtime patients were stunned when they heard of the accusations. As suprised as they were by the news of the disciplinary action against their doctor, they told Sudbury.com they were angered when they learned the City of Lakes Family Team in Val Caron would not be keeping them on as patients and left them with no options.

The two patients are not related to one another, but both contacted Sudbury.com to share their stories and asked that they remain anonymous.

One patient has been seeing Malette as her physician for 33 years and her infant son has been treated by Malette since he was born.

"I was shocked when I heard the accusations," she said. "I've never personally had any issues, he was always very professional with me. If there was ever a topic that he felt I would be uncomfortable about there was always the option of having somebody else present."

When Malette was suspended, the lines of communication began to break down between City of Lakes and Malette's patients, she said. Some patients received emails, others did not and it was unknown whether or not Malette would continue practicing once his suspension was completed.

The suspension against Malette took effect on Dec. 16, and the patient called the City of Lakes office in Val Caron on Dec. 11 to confirm an appointment, one that was not with Malette, but with a nurse practitioner.

"I was calling to confirm that I had an appointment coming up but couldn't remember the exact time and needed to book it off from work," said the patient. "They told me that unfortunately a decision had been made that effective Dec. 16, I can no longer have an appointment and am no longer considered a patient of City of Lakes Family Health Team."

From the patient's understanding, Malette may have been planning to retire by the fall of 2020 and another doctor, Dr. Carolyn Bleach, had been brought in to start transitioning Malette's patients.

"I was fine with that and when everything started to happen with the accusations I would ask whenever I was calling for an appointment if anything was being done for these patients if he was found guilty or if he was no longer able to practice," she said.

"I was being told throughout the whole process not to worry. Half of my family was assumed under (Dr. Bleach), but I wasn't and I was told I'd be taken care of and wouldn't be dropped. But when the decision came down they said I'm no longer a patient."

A second patient told Sudbury.com she has been going through a very similar situation. Dr. Malette had been her physician since she was four days old. Like the previous patient, she said she received no notice that she'd been dropped from City of Lakes' patient list.

"I was notified of nothing; I found out through the grapevine," said the patient. "He did have a note posted on his wall at his office that he couldn't be unattended with patients. I found out through family that his practice was potentially closing, so I went down to the office and asked them what was going on and they said they've decided he will no longer be part of the City of Lakes and that I will have no physician."

She has filed an application online to once again become a patient at City of Lakes, but in the meantime has been left scrambling as she has a young child who requires EpiPens for an allergy.

"I can't really go to a clinic because they will only give band-aid solutions," said the patient. "There's no reason to be leaving these people high and dry when there are physicians within the City of Lakes that can pick these patients up.

"Clinics are great and I don't want to downplay their importance, but it's not the same level of care as seeing your family physician who knows your health history."

With regard to health history, the first patient was informed that she would have to pay a fee if she wanted a copy of her health file, though the practice of charging patients for copies of their medical records is not unusual.

"Why do I have to turn around and pay for my file? I had asked for a copy of my son's because he has an assessment coming up and they asked what I need from it — how am I supposed to know what I need from it? They were only going to give me bits and pieces, (but) if I'm being forced out of the practice, I want my file. This whole thing, they didn't have any contingency plan in place for these patients who are being dropped."

The City of Lakes Family Health Team also employs nurse practitioners, and the patients are wondering why, if they aren't being passed over to another physician, could they not see a nurse practitioner in the interim while they search for a new family doctor.

"We had asked, because of Dr. Malette's three-month suspension, why couldn't we continue to see the nurse practitioner — she has access to our file," said the patient. "There are other physicians in the office, so if something needed to be ordered that she couldn't do, there is another doctor in the practice. But we were told 'no' seeing a nurse practitioner was a privilege under the physician."

In addition to no longer having access to nurse practitioners at City of Lakes, one of the patients who reached out to Sudbury.com said she was told patients who were prescribed a test by Dr. Malette that was scheduled to happen after his suspension took effect on Dec. 16, were voided and would have to be rescheduled.

Sudbury.com asked to speak with City of Lakes Family Health Team executive director Dave Courtemanche about the patients' concerns. He provided an emailed statement instead, outlining how the organization is addressing "the difficult situation."

"The steps being taken by the health team include communicating with Dr. Malette’s patients so that they know what their options are, connecting his most vulnerable patients with another physician, asking patients who want to remain with the City of Lakes team to request a physician at www.yourfamilyhealthteam.com," Courtemanche said.

Over time, he said, the City of Lakes team will be rostering some displaced patients with another physician within their team.

Courtemanche also indicated that they are looking into recruiting a new physician to the Val Caron clinic in 2020.

Ontario reports 326 new cases of COVID-19, 19 deaths
May 31, 2020 2:00 PM
Comments
We welcome your feedback and encourage you to share your thoughts. We ask that you be respectful of others and their points of view, refrain from personal attacks and stay on topic. To learn about our commenting policies and how we moderate, please read our Community Guidelines.