Thibeault: Ontario does sell surplus power below value, but here's what the Opposition isn't telling you

Energy Minister says regulations require province to produce more than it needs to ensure there are no blackouts or brownouts; selling the excess, even below value, means Ontario gets cash for the surplus instead of getting nothing
0
Nov 24, 2017 5:16 PM By: Darren MacDonald 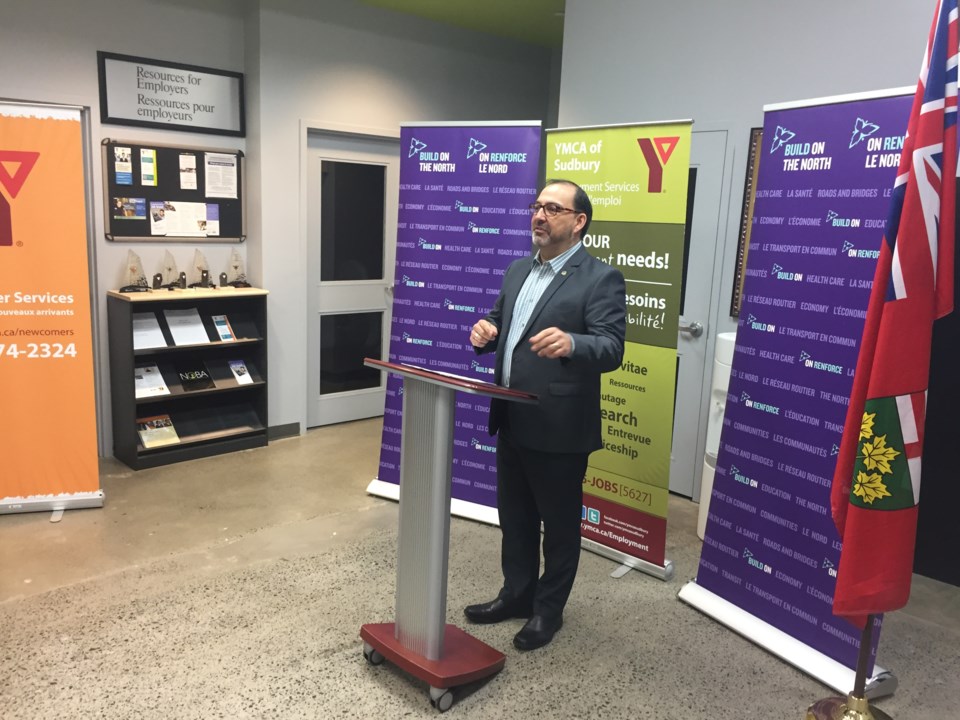 Energy Minister Glenn Thibeault defended his government's energy policies Friday, saying critics who accuse them of buying overpriced power the province doesn't need and then selling it at a loss don't tell the full story of how the system functions.

Energy Minister Glenn Thibeault defended his government's energy policies Friday, saying critics who accuse them of buying overpriced power the province doesn't need and then selling it at a loss aren't telling people the full story of how the system functions.

Thibeault was in town Friday for a news conference with Labour Minister Kevin Flynn and Small Business Minister Jeff Leal, who described the Sudbury MPP as having the toughest job in the government.

This month, the Ontario Society of Professional Engineers issued a report that, on one hand praised the government for reducing its reliance on power sources that produce green house gases by 80 per cent in the last 12 years.

“(But) it has resulted in a power system that is indeed clean but is not yet currently optimized,” the report said. “The resulting cost for the inefficiencies (waste) is shouldered by industry and consumers, undermining Ontario’s competitiveness.”

When Ontario produces more power than it needs, it sells the surplus at a considerable loss, the report found. In the last two years, the difference between the cost of producing the surplus energy and what it sold for is as much as $1 billion.

On Friday, Thibeault said it's more complicated than that. Every day, system operators use an array of calculations to determine the maximum amount of power the province will need to generate to cover that day's power demands. For example, he said, say that day's estimated demand is 15,000 megawatts.

"So they get all the generators going and they say we've got to produce 15,000," Thibeault said. “But the (actual) demand for everybody in the entire province, say they only use 14,800. So we have an extra 200 megawatts of power that we generated."

The estimates have to be generous, in part because the province has to adhere to something called Northern American Reliability Standards. Those standards are designed to help ensure a blackout similar to the one in 2003 doesn't happen again.

"And if we didn't generate it, we'd be in a precarious position because we would be losing power,” Thibeault said. “We would have blackouts and brownouts.

Thibeault argues that, since the province had to produce the power anyway, it's a choice between wasting it or getting some revenue.

"So it's not a loss — the opposition only tells you one side of that story,” he said. “They say we're selling it to the United States at a loss. We're actually making money off of it because this is a byproduct that we have to produce. Otherwise we would be losing power on a regular basis."

The surge in clean energy production – especially wind and solar – has allowed Ontario to become a net exporter of power, unlike in 2003 when the continent-wide blackout occurred.

While Ontario currently has the capacity to produce far more power than it needs – “a robust supply” is how Thibeault describes it – that won't always be the case.

"We'll see Darlington (nuclear plant) coming off line, some of our contracts are going to be ending,” he said. “So that's the complexity of the whole thing that the Opposition never looks at ...they only tell you what sounds awful.

"What they don't say is that at the end of the day, we had to produce it to make sure that the one person who decides to charge their phone now doesn't crash the system. We're not going to do that."

Read the full analysis by the Ontario Society of Professional Engineers here.