Dr. Lionel Marks De Chabris says it could be even better than opioids for pain management and unlike opioids, cannabis won’t kill you
Nov 7, 2019 2:45 PM By: Len Gilllis 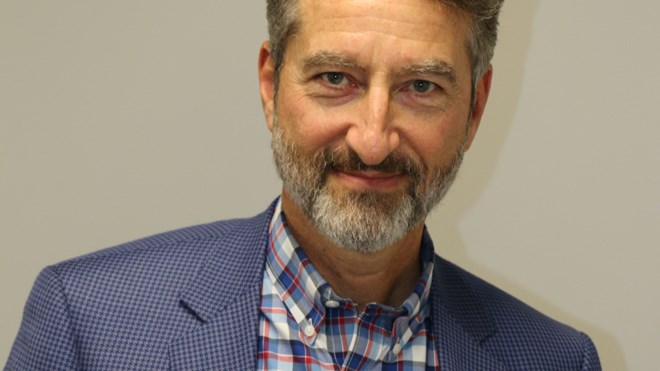 Dr. Lionel Marks De Chabris of Sudbury says physicians will “happily” prescribe an opioid for chronic pain, despite the risks of addiction and overdose, but are reluctant to prescribe cannabis, which has neither of those potential negative consquences. (Len Gillis / NOMJ.ca)

This story originally appeared on NOMJ.ca, the online edition of the Northern Ontario Medical Journal, a sister publication of Sudbury.com.

A Sudbury physician says cannabis might be one of the best things he has ever prescribed for his patients and it is something he hopes other physicians will consider, especially if they’re looking to provide chronic pain relief.

He added that cannabis is a valid alternative to prescribing opioids for pain management.

In a recent interview with Northern Ontario Medical Journal Marks De Chabris commented on the recent one-year anniversary of the legalization of recreational cannabis use in Canada. But he said that really should have no impact on patients who use cannabis for medical reasons.

“Cannabis has been legal in Canada since 2001, so it’s almost 20 years of legal medical cannabis,” he said.

At that time, he said physicians were regulated by the MMAR (Medical Marijuana Access Regulations, 2001) which was a 32-page document that  required a sign-off by a certified specialist declaring that nothing else could be done for a patient and that marijuana was the last option.

He said this was followed by the Terry Parker case where an Ontario court ruled that Parker had the right to grow a private quantity of marijuana to help him control epileptic seizures.

In recent years, as the political climate changed, Canadians were given the right to purchase cannabis and grow marijuana plants, as outlined when The Cannabis Act came into being in 2018.

Marks De Chabris said many physicians welcomed the change, but not everything was perfect.

“The downside of that is that a lot of physicians threw up their hands up and said to their patients, if you want to get marijuana or cannabis or whatever, just go to the store and they’ll sort you out,” he said.

One the issues with that said Marks De Chabris is that cannabis store employees, no matter how much they profess to know about cannabis, are not allowed to give any sort of medical advice.

De Marks De Chabris said it would be the same if someone went to the LCBO looking to get a bottle of liquor to help with insomnia.  He said no one at the liquor store is qualified or allowed to answer that.

“So unfortunately I think it has had a negative effect to some extent with respect to physicians wanting to prescribe cannabis, because now they have an out. They can say, ah just go to the cannabis store.”

Another problem he said is the issue of internet medical advice — the Dr. Google effect some call it — where people browse online to get information and self-diagnose what their illness might be.

“That’s not just a problem with cannabis, that’s a problem everywhere. Everyone is Dr. Google right now. Patients come in saying, ‘Oh, I want to try this medication for my inflammatory bowel.’ Well it is a little bit more nuanced than just ‘I want to try that.’ Is it appropriate for you? Is it even available in Canada? Some of the stuff you find on Google isn’t event available in Canada and patients don’t know that,” said Marks De Chabris.

‘So if you want medical help, if you want help with a health-related issue, you go to a health practitioner, such as a nurse practitioner or a physician who can help you with your diabetes, your depression, your heart problem, your erectile dysfunction, and your chronic pain or insomnia,” he said.

Marks De Chabris said cannabis has a couple of key elements. One is tetrahydrocannabinol, a.k.a. THC. The other is cannabidiol, also known as CBD. He said the THC is an intoxicant that provides the high or buzz. CBD is the medicinal element, a cannabinoid, which is known for such things as reducing anxiety, reducing inflammation and reducing pain.

He said from his experience he will provide a patient with the authorization (not a formal prescription) to purchase cannabis with a low dose of THC, but a higher dose of CBD. This way the patient might find their medical symptoms will be relieved without the attendant high of consuming THC, or feeling fatigued.  He said if there is no success in relieving symptoms, he can always try a more balanced strain using almost equal parts of THC and CBD.

“There’s no way to know that. We don’t have that information. So unfortunately it is a little bit of a trial of therapy with every patient,” he explained.

He added that he is hoping the medical community in general will take the time to learn more about cannabis and suggested it can be an alternative to opiates when it comes to managing chronic pain.

“You can’t kill people with cannabis.”

Len Gillis is the editor of the Northern Ontario Medical Journal and the Sudbury Mining Solutions Journal.