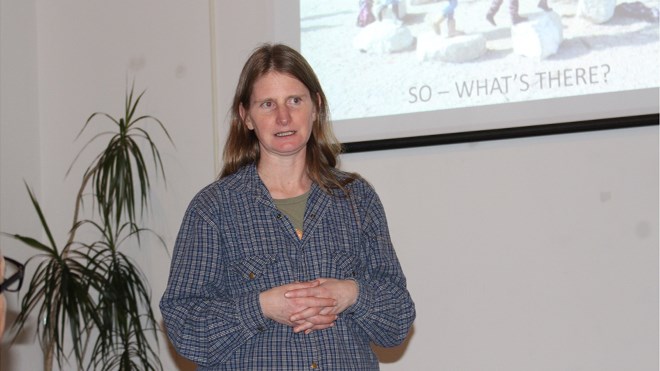 Greater Sudbury Council will discuss the draft Transportation Master Plan during a council meeting on Dec. 13.

The Transportation Master Plan is an update from the 2005 study and focuses on a sustainable transportation network for vehicles, pedestrians, and cyclists along with their projected needs up until the year 2031.

The Coalition for a Liveable Sudbury held a public information session on the plan on Dec. 7, in conjunction with Sudbury Cyclists Union and Friends of Sudbury Transit.

During the course of the three presentations, Naomi Grant, co-chair, Coalition for a Liveable Sudbury outlined some of the more significant highlights of the Transportation Master Plan.

"It's quite a long document, more than 100 pages, and it's not exactly the most accessible for everyone," said Grant. "So we wanted to hold our own public information sessions to provide a bit of an overview of the plan that will be going before council on Dec. 13."

The city has held its own public meetings regarding the plan and Grant and members of the Coalition have taken note as far as what is at the top of the list for Sudburians when it comes to how they get around their city.

"The TMP is important to all of us, and at the top of a lot of people's minds is to have more sustainable transportation," said Grant.

"People want a more walkable city, they want bike paths and more access to public transit."
Grant says that this plan is a step in the right direction and many needs are addressed, but timelines as far as implementing some of the plans are where some concerns arise.

"In general (the plan) is a step forward, one of our main concerns are retrofitting some of our busiest roads like Paris Street and Notre Dame, Lasalle, Barry Downe, and the Kingsway to be more cycle-friendly," said Grant.

"This is in the plan, but it's very far down on the list of priorities and won't be completed until the end of the 15 year plan, but we'd like to see those things taken on sooner than later."

The group is also urging that council protect the legacy of the Laurentian University trails for future generations by removing the proposed road through the trails.

Walkability of the city is another focal point for Grant, who says that good steps are being taken but there is still more to do.

"We've seen some good progress recently with the new pedestrian crossovers that have been installed," said Grant.

"We definitely could be better. We have twice the provincial average per population of people who are walking who are killed by a motor vehicle, there's obviously more we can do. We do like the plan includes a sidewalk priority index so let's find out where the gaps are and fill them where the need is greatest first."

The draft Transportation Master Plan will be presented to Council on Dec. 13.

LU: Suspension of new admissions remains in effect for 17 programs
Sep 22, 2020 9:00 PM
Comments
We welcome your feedback and encourage you to share your thoughts. We ask that you be respectful of others and their points of view, refrain from personal attacks and stay on topic. To learn about our commenting policies and how we moderate, please read our Community Guidelines.