A new transparency act for the mining industry may go too far when it comes to First Nations, says the Mining Association of Canada.
May 11, 2015 7:39 PM By: Jonathan Migneault 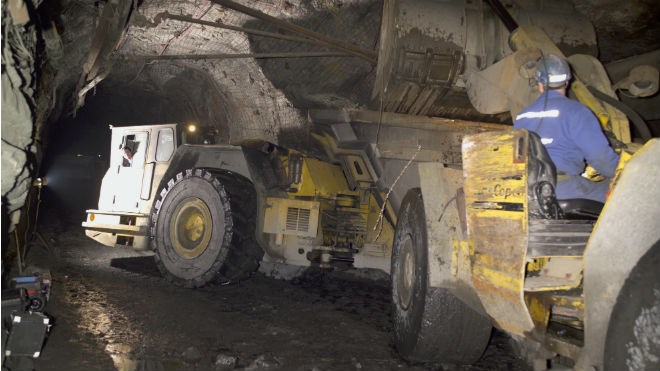 The Extractive Sector Transparency Measures Act, which received royal assent in December 2014, and is expected to come into effect in June, requires mining companies to publicly disclose payments greater than $100,000 they make to foreign and domestic governments. File photo.
A new transparency act for the mining industry may go too far when it comes to First Nations, says the Mining Association of Canada.

The Extractive Sector Transparency Measures Act (ESTMA), which received royal assent in December 2014, and is expected to come into effect in June, requires mining companies to publicly disclose payments greater than $100,000 they make to foreign and domestic governments.

"It's an anti-corruption measure," said Pierre Gratton, the president and CEO of the Mining Association of Canada. "By having companies disclose what they pay, then citizens of those countries can ask questions about what their governments might be doing with that money."

The act's purpose, as it appears in the document itself, is to "implement Canada's international commitments to participate in the fight against corruption through the implementation of measures applicable to the extractive sector, including measures that enhance transparency and measures that impose reporting obligations with respect to payments made by entities."

But when the Mining Association of Canada teamed up with non-governmental organizations to propose the legislation for the federal government, it didn't intend for the rules to apply to First Nations as well.

"We actually discussed with the NGOs that very issue right at the beginning," Gratton said. "And we all agreed that was too complex and would require extensive consultation we don't have the capacity to do."

Gratton said he has not yet seen any evidence of consultations with First Nations to inform them about the act.

He also has concerns information the act reveals could punish First Nations financially.

The government could, in theory, use payments from mining companies to justify cuts to social programs for First Nations, Gratton said.

"I'm not saying that's what the feds are planning to do, but that's the fear," Gratton said. "They need to address that concern."

Hans Matthews, the president of the Canadian Aboriginal Minerals Association, said potential cuts in government funding for First Nations are the "underlying hidden agenda" behind the legislation.

"I think we'll start to see eyebrows raised where people see the implications of the act," he said.

The ESTMA could be combined with the First Nations Financial Transparency Act to increase government scrutiny of First Nations' finances, Matthews said.

The latter act received royal assent in March 2013, and requires Canada's 582 First Nations to publicly disclose a number of financial documents, including audited consolidated financial statements, and their schedules of remuneration and expenses.

Matthews added the act could potentially contravene non-disclosure agreements First Nations have signed with mining companies and damage their relationships.

It could lead to more creative accounting, he said, where financial contributions to First Nations are hidden in various parts of mining companies' balance sheets.

But Garry Clark, executive director of the Ontario Prospectors Association, said such creative accounting practices are already commonplace in the sector.

"I don't think it can get any more creative than it is now," he said.

Clark said contributions to First Nations - whether they be scholarships or funding for infrastructure - are often lumped in with exploration expenses.

Clark said he supports the Extractive Sector Transparency Measures Act, and thinks mining companies need to be more upfront about their payments to First Nations.

But he said he also agreed with the Mining Association of Canada's concerns that there is potential - or at least opportunity - federal government could use the information it gets through the act to cut back on the its own payments to First Nations.

"There needs to be some lobbying on the First Nations end that allows them to get that funding over and above their social services funding," Clark said.