United We Roll: convoy trucking through Sudbury on Monday morning 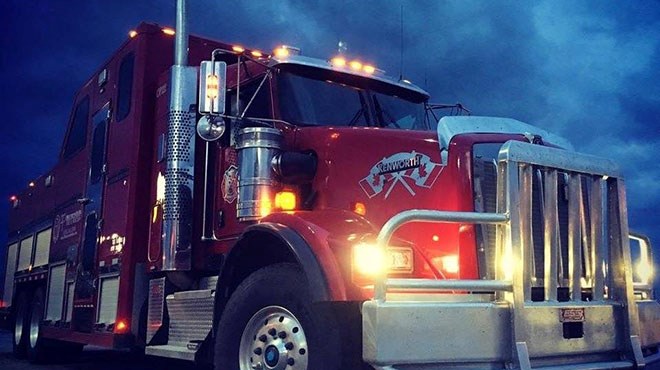 You may see a whole new set of wheels on Sudbury's streets Monday, when the United We Roll convoy makes its way through Northern Ontario.

The United We Roll convoy is spearheaded by Jason Corbeil and Glen Carritt, who organized the cross-country demonstration to protest bill C48, bill C69 and the carbon tax. In light of controversy surrounding pipeline construction, the two men wanted to ensure the voices of oil industry workers were heard.

The convoy, now more than 100 trucks strong, began its road trip Feb. 14 from Red Deer, Alta., and is now in the final stretch of its journey to the nation's capital. Rather than arriving Sunday afternoon as originally scheduled, the convoy is expected to travel on Hwy. 17 through Greater Sudbury around 10:30 a.m. Monday morning.

"I've been working in the oil field for over 22 years, my family and my lifestyle are threatened by this...that was the big motivator for me," said Corbeil.

"Alberta understands that there is a problem...and the best way Alberta knows to make their voices heard is to get a whole bunch of trucks together and make some noise."

Corbeil began distributing posters throughout town, putting his name and contact information on every online platform he could think of, to see if anyone else was willing to help defend pipeline construction. Before long, the two men were backed by a force of motorists willing to cross the country for their message.

Corbeil said he and his partner were surprised by the overwhelming support they recieved, specifically in Ontario. Welcomed by crowds in Dryden and Thunder Bay, the convoy happily delayed their schedule for the chance to interact with those they hoped to represent in Ottawa.

"My hope for this is to unite a country that has been divided -- and this is just the first," said Corbeil.

Everyone is welcome to participate in the convoy which travelled through Alberta, Saskatchewan and Manitoba before reaching Ontario on Feb. 16. Motorists have been encouraged to "hop on or off" the convoy whenever they see fit, leaving the total number of participants uncertain.

Commercial grade trucks make up the majority of the convoy, but Corbeil does not believe this limited attendance in any way.

"If you work in the oil fields or have worked in a farm, you have driven a big truck, you just can't get around that," said Corbeil.

Those interested in welcoming the convoy on its visit through Sudbury, are encouraged to check in with Sudbury.com's Facebook and Twitter page Monday morning for details on the location and time of arrival.