The Sudbury Catholic District School board property where toxic runoff from Vale's slag piles allegedly seeped for decades, was often over-saturated, says a former manager who worked at the property.
0
Nov 2, 2015 8:58 PM By: Jonathan Migneault 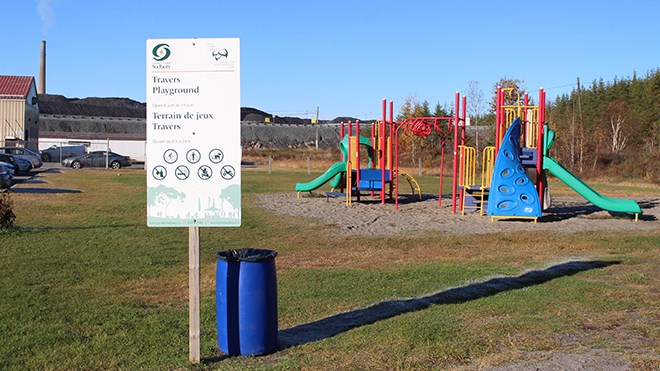 Denis Faucher retired in 2013, but in October 2012, when a nearby resident reported seeing lime-green-coloured runoff in Nolin Creek, he was the manager of facility services for the Sudbury Catholic District School Board.

Faucher started to work at the facility in the late 1980s, and said even then he noticed coloured runoff coming down from the nearby slag piles.

“Especially in the early years, we always thought it was iron in the water coming through the rock,” he said. “It never dawned on us that it could have been something else.”

But in a search warrant Environment Canada filed on Oct. 8, which allowed the RCMP to search Sudbury's Vale offices for evidence, the department alleged samples from the runoff at the school board property contained nickel 305 times above the regulated limit.

Samples taken in Nolin Creek, where the green runoff was first identified, showed nickel levels to be 68 times higher than allowed and copper levels 2.6 times higher.

In tests Environment Canada conducted on rainbow trout, samples of the green substance killed all the fish within 24 hours.

Faucher said the ground surrounding the facility services building was often saturated and was a constant annoyance. But he said he could not recall the building ever being flooded from the runoff.

In the search warrant, a memorandum issued on Nov. 19, 2012, estimated around 324,000 litres of water seeped from Vale's slag piles onto the school board property every day.

Faucher said he could not recall any lime-green colouring in the runoff, but said the water was not clear, and it was not uncommon for the nearby slag piles to look rust-coloured from the seepage.

In the Environment Canada search warrant, Gordon Moore, who was an enforcement officer with the department in 2012, said based on old aerial photographs, the seepage may be been occurring as far back as 1963.

Moore alleged in the search warrant that Inco (at the time) became aware of the seepage from the slag pile as early as July 31, 1997, based on a number of internal reports from the company.

None of the allegations made in the Environment Canada search warrant have been proven in court.

For its part, Vale has said it disagrees with the warrant's conclusions.

“When the issue that is presently the subject of investigation was discovered in 2012, in communication with government regulators, Vale immediately undertook measures to address it,” Vale spokesperson Angie Robson told NorthernLife.ca. “We believed then, and believe now, that our actions were appropriate and responsible.”

Ontario's Ministry of the Environment confirmed Vale was required to upgrade its seepage collection system at the site when issues were raised in 2012.

“Seepage from the slag site is directed to a wastewater treatment plant for treatment before it can be discharged,” said Kate Jordan, a spokesperson for the Ministry of the Environment, in an email to NorthernLife.ca. “Ministry approval requires daily limits for nickel and copper to make sure seepages from the site are properly managed and treated before being released.”

“To date they (newer water pumps) have been doing their job,” she said. “They are working how they're supposed to.”