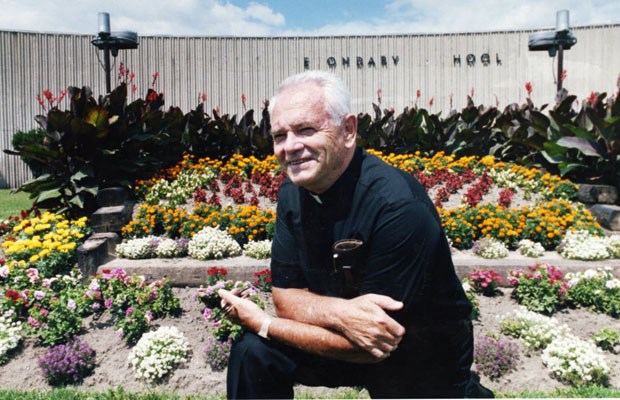 A jury in Toronto ruled Thursday that a victim of a notorious Catholic priest in Sudbury should receive $2.57 million in compensation, both for the abuse he suffered at the hands of Father William Hodgson Marshall – and for the failure of the church to protect students. (File)

A jury in Toronto ruled Thursday that a victim of a notorious Catholic priest in Sudbury should receive $2.57 million in compensation, both for the abuse he suffered and for the failure of the church to protect students.

The case centred on Father William Hodgson Marshall, who was convicted in 2011 of abusing 17 students at schools over a 38-year period. Marshall, who worked in Rochester, Toronto, Windsor, Sudbury and Sault Ste. Marie, was reported a total of six times over his career but continued in his role as a priest and teacher.

A news release from Beckett Personal Injury Lawyers, who represented victim Rod McLeod, said the amount includes $500,000 levied against the Basilian Fathers of Toronto for failing to act to stop the abuse.

The Basilians are a Roman Catholic religious order of priests who operate on three continents, with their headquarters in Toronto.

MacLeod was a student at St. Charles College high school in Sudbury from 1963-1967.

“Shockingly, it was disclosed in the trial that the Basilians had in fact received at least three complaints of sexual misconduct by Father Marshall before he was assigned to St. Charles College,” a news release from the legal firm said. “The Basilian pattern of response to such complaints appeared to simply be to transfer Marshall.”

“I hope this outcome will cause the Basilians to rethink their position on how they treat sex abuse victims,” MacLeod is quoted as saying in the release. “Stop listening to their legal experts and listen to their hearts and the teachings of Jesus Christ.”

The $500,000 in punitive damages awarded MacLeod “represents the largest award of punitive damages against the Catholic Church in Canada and is the first time that a jury of average citizens has judged the Church’s handling of sexual abusive priests,” the release said.

“It marks a turning point for the Church in Canada who to date have only been required to pay for the damage they caused victims but have never been fined or punished for their institutional conduct and complicity.”

The reports of sexual abuse of boys started in 1947, occurred twice in the 1950s, twice in the 1970s and again in 1989 around the time of his retirement from teaching.

“A further report in 1996 was the most disturbing,” the release said. “Father Marshall, then ministering on the Caribbean island of St. Lucia, ultimately admitted to his Basilian superiors that he had abused upwards of almost 90 boys over his career. The Basilian response was limited with no effort at outreach to the boys, no involvement of police and no publication of the fact that one of their own had left such a wake of devastation across the land.”

The Basilian Fathers release a statement Friday in which they expressed their “deep shame” over Marshall's actions.

“With regard to the judgment awarded to Mr. Rod MacLeod, a victim of sexual abuse by the former and now deceased Basilian priest, Hodgson Marshall, in the Ontario Superior Court of Justice on April 26, the Basilian Fathers express their respect for the judgment, and reaffirm their determination to work towards the eradication of the sexual abuse of young and vulnerable persons,” the statement said.

“At the time of his conviction and sentencing, the Basilian Fathers expressed their deep shame that Marshall, one of their members, had acted in such a grievously sinful and hurtful way. He was subsequently dismissed from the priesthood and religious life by Pope Benedict XVI in 2013.

“The Basilian Fathers acknowledge that the manner in which its leadership dealt with complaints at the time that they were reported was inadequate by today’s standards and knowledge. Beginning in 1991, they instituted and regularly update policies and protocols to ensure these damaging acts are never repeated, and they continue to provide financial compensation to victims of sexual abuse.”