Report put special focus on Aboriginal population this year, showing Indigenous people generally better off in this area than other parts of the province
Oct 4, 2016 1:08 PM By: Sudbury.com Staff 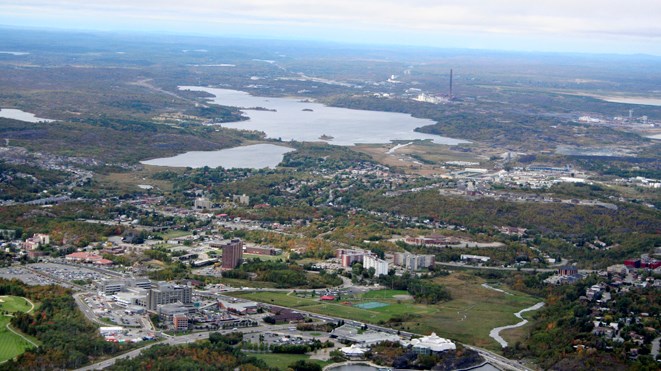 The annual Vital Signs report on the community was released this morning at Ristorante Verdicchio. The report uses census and other data to gauge the city’s well-being, from health care to housing to jobs to the environment. File photo

That’s one of the findings of the annual Vital Signs report on the community, which was released this morning at Ristorante Verdicchio. The report uses census and other data to gauge the city’s well-being, from health care to housing to jobs to the environment.

This year, the report took a special focus on First Nations health and well-being in the city itself and in Wahnapitae First Nation and Atikameksheng Anishnawbek, also known as Whitefish First Nation.

The Community Well-Being Index (CWB), which uses income, education, housing and labour-force activity to measure the health of a community, found First Nations people in the city were generally better off than Indigenous people in other parts of Ontario and other parts of Canada.

However, despite this statistic, First Nations people feel Canada hasn’t lived up to its treaty obligations, and still see ignorance and racism as ongoing issues.

Among Indigenous people ranked as economically successful, there is a greater need for social inclusion and respect, more cultural visibility and more cultural programming, as well as a need for a professional network to support economic development and entrepreneurship.

Beyond the First Nations focus, the Vital Signs report looked generally at health and well-being across the city.

The arthritis rate in Greater Sudbury is significantly higher than the national average, the report found. Some 22.4 per cent of Sudburians live with the disease, versus 18.1 per cent across Ontario and 16.2 per cent across Canada.

When it comes to access to doctors, 81.2 per cent of Nickel City residents have access to a medical doctor, significantly lower than the Ontario average of 91.8 per cent, but not far off the Canadian average of 84.8 per cent.

Greater Sudbury had the second highest percentage drop in the crime rate in the province last year.

Not only is the rate down, but the severity of the crimes committed is down as well, the report found.

The Crime Severity Index reflects the volume and seriousness of the offences committed, as reported by police. Greater Sudbury’s index rating was 59.4, a 3.4-per-cent drop over 2014, and below the national average of 69.7, but above Ontario’s average of 50.6 (the provincial rate also dropped, two per cent in 2015 over 2014).

The city’s unemployment rate plateaued at around eight per cent in 2016, but digging into those numbers reveals a little more information. In 2015, the average unemployment rate for those age 15 and up was 7.3 per cent, above the 6.8 per cent provincial average and the 6.9 per cent national average.

The year 2015 was a tough year job wise. In January of that year, the unemployment rate was 5.9 per cent, but it climbed to 8.4 per cent by the end of the year.

While acknowledging the data it used was not conclusive, the Vital Signs panel offered some perspective on the homelessness situation in the city, noting however that the survey used as the basis for the numbers had issues because many people refused to complete it.

The 2015 survey found 440 people who were completely homeless with another 1,000 at risk of becoming homeless. Around 45 per cent of those interviewed were of Aboriginal descent.

When it comes to housing, the report found there were more than 1,000 people in Greater Sudbury on a waiting list for social housing. The average wait time on that list was 59 weeks, a six-week jump over the average wait-time identified last year.

Voter turnout for the 2015 federal election was the highest since the election of 1993, the report found. Some 68.2 per cent of Sudburians cast a ballot last fall, on par with the national average of 68.3 per cent and above the Ontario average of 67.8 per cent.

The Air Quality Health Index (AQHI) measures the presence of sulphur dioxide, ground-level ozone and fine particulates on a scale from one to 10+.

Greater Sudbury’s air quality has been steadily improving, the report stated, with a 17-per-cent decrease in annual air pollutant averages over the past decade.

It's winter tire time
Oct 26, 2020 9:00 PM
Comments
We welcome your feedback and encourage you to share your thoughts. We ask that you be respectful of others and their points of view, refrain from personal attacks and stay on topic. To learn about our commenting policies and how we moderate, please read our Community Guidelines.