"Whatever system the government creates, parents must not be forced to choose between funding availability for a one-size-fits-all system and the unique needs of their family."
Sep 25, 2020 10:00 PM By: Canadian Press 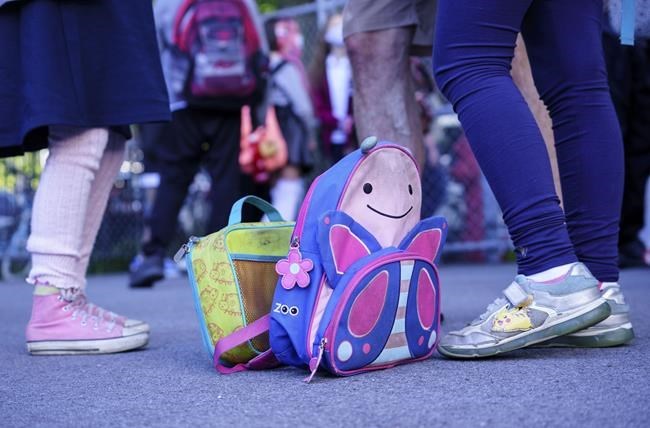 OTTAWA — It was in a recent meeting with child-care experts that Finance Minister Chrystia Freeland made some heads turn.

For years, advocates of broader federal involvement in a provincially regulated sector have been used to hearing questions about funding, spaces and the need to help parents have daycare in order for them to work.

The questions were generally about what makes a quality child-care experience — the space, the educators, for example — not just about money, according to an account of one person in the meeting who provided the anecdote anonymously to detail a private meeting.

The moment provides a window into how the Liberals see the federal role in the provincial patchwork of child-care systems.

The government's throne speech Wednesday promised "a significant, long-term, sustained investment" to create a national child-care system, hinting that it would be based on the subsidized model in Quebec.

Left out were details of how the government would make the promised system a reality, including how much it might cost.

In a report earlier this month, Scotiabank economists Jean-Francois Perrault and Rebekah Young suggested creating nationally what Quebec has provincially would cost $11.5 billion a year. Their analysis also suggested federal coffers could reap billions in new tax revenue as women in particular would get into the workforce in greater numbers, offsetting some of the overall cost.

"But this is not likely to happen in a timely fashion to help those parents — and mothers in particular — make those 'impossible choices between kids and career' anytime soon," Young wrote in a post-speech note.

Indeed, it could take years before the full vision of a child-care system becomes reality, said Diana Sarosi, director of policy and campaigns with Oxfam Canada. She pointed to global estimates that child-care spending should be about one per cent of GDP, or about $15 billion a year for Canada.

“That is not something you can do from one budget to the next," Sarosi said. "You need a plan about how you’re going to build up that level of resources … over the next decade.”

"Most provinces have chosen to tackle the high cost of child care by providing subsidies," she said.

"But what that does is provides public support — what we call the demand side rather than the supply side. And the idea is to bring down the cost."

That would make it accessible to families regardless of income who want to take part in a voluntary system, she said.

Experts say how the money is used is important. There need to be plans to build physical spaces, to train and hire qualified early-childhood educators, and to address the issue of low wages as part of a broader workforce strategy to place a focus on quality care, so children benefit.

Sarosi said a first step the government could take is quickly set up and fund a promised child care secretariat to guide decision-making and crunch numbers on things like the number of spaces the country requires.

Experts suggest public funding would need to create spots for between 70 and 75 per cent of children up to age 12, or roughly 2.3 million more spaces than exist today. Some of that need could be filled by before- and after-school care, and the Liberals promise anew to create 250,000 such spaces.

All of these issues have been part of a broader discussion about child care raging in Freeland's office since she became finance minister in August.

"For the first time, the federal government is really demonstrating a solid understanding that there are no quick fixes here. There's no gimmick," said Monica Lysack, an early childhood education expert from Sheridan College in Ontario.

Freeland has been among a group of female cabinet ministers who have pushed child care as a federal priority even before the pandemic.

Karina Gould, Carolyn Bennett and Maryam Monsef were among those talking to longtime advocates and experts to get a handle on the complexities of the policy and how to address it effectively. Carla Qualtrough, Patty Hajdu and Mary Ng have since joined those ranks.

They, among others in cabinet, are likely to be heavily lobbied as the government writes the fine print of its proposal ahead of a fiscal update this fall, to act as a how-to guide and lay out funding.

"Whatever system the government creates, parents must not be forced to choose between funding availability for a one-size-fits-all system and the unique needs of their family," said Peter Jon Mitchell, family program director at the think tank Cardus.

This report by The Canadian Press was first published Sept. 24, 2020.