Staff will lay out the logistics of town hall meeting at next month's council meeting
Nov 26, 2020 6:00 PM By: Matt Durnan 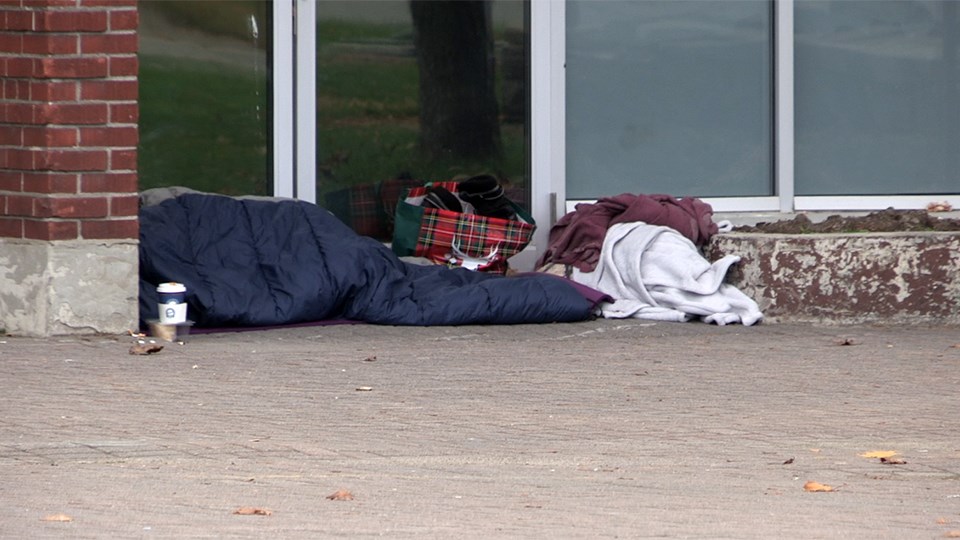 A hard look at the reality facing the city's homeless prompted city council to plan a public forum to hear from groups that work with some of the city's most vulnerable citizens. (File)

A hard look at the reality facing the city's homeless prompted city council to plan a public forum to hear from groups that work with some of the city's most vulnerable citizens.

Members of Tomorrow's Hope, a community organization whose focus is mental health and addiction, made a presentation to city council on Nov. 24, and the members told a harrowing story of the crisis that is ongoing in the city.

According to the numbers presented by Tomorrow's Hope, there have been 46 overdose deaths in the past seven months. Three of the victims were just 14 years old.

The group said there have been two drug-related murders, two suspicious deaths, and overdose numbers are projected to increase by 20 per cent by December. Additionally, there were three people who were released from jail who committed acts of vandalism upon their release in an effort to be put back in jail.

In the month of May, 65 per cent of homeless people sought housing, but were unable to qualify due to a lack of proper identification, the group said.

Tomorrow's Hope member Bob Johnston explained that of the roughly 80 “houseless” individuals living in the city, nearly 50 per cent of them are struggling with addiction.

"The band-aid solutions should turn into a permanent building,” Johnston said. “There's many different ways of doing it, from an old school, the jail that's been closed for two years on Bancroft Drive, or even little villages like the old radar base.

"We can keep throwing money at shelters across the city, but at the end of the day, lives matter and winter is coming...that's why we really have to work together as an organization, as a city and a team and move forward."

Ward 12 Coun. Joscelyne Landry-Altmann tabled a suggestion for city staff to organize a public forum to bring support agencies to the table, along with members of the public to work together in finding solutions to issues that are plaguing the city's homeless population.

"We've had similar forums in the past, and we have the communication tools to get something going pretty quickly," said Landry-Altmann.

City clerk Eric Labelle explained that while possible, there are challenges due to COVID-19 and the fact that a meeting of this nature would need to take place in an online setting.

"I would ask that you keep in mind that a public input meeting is challenging with remote participation at this time," said Labelle. "Those participating would need to have technology...we do allow people to submit written comments and those are certainly a possibility, but I would just raise that as a potential impediment to participate for some."

Landry-Altmann suggested that staff be directed to look into options on how to carry out the public forum and bring back suggestions to council, noting that the next meeting is not until Dec. 15.

"I hate to leave it that long," said Landry-Altmann.

Ward 6 Coun. René Lapierre spoke in favour of the idea of holding a public forum, but wanted to see some more specific goals put on the table before moving ahead.

"I'm not opposed to it, I always welcome public feedback,” said Lapierre.

“I'm just wondering how we structure that a little bit better with a little bit more of a goal in mind. I don't know if we just want to have a discussion and just leave the open round table open or do we want to guide to the presenters to provide us with answers to maybe three questions so we can get their feedback.

“I'm just not sure where we're going to go with having an open conversation; I'm open to listening but I'm wondering what the objective is."

Landry-Altmann said that the goal was to bring citizens to the table to discuss the realities that council may not be aware of on the front lines.

"We are participating in a task force,” she said.

“I believe (this forum) will better inform the task force, it will give the opportunity for the people on the ground who are doing all this great volunteer work to understand the work that we're doing as well and that there's an opportunity here to work together.”

Mayor Brian Bigger sided with Landry-Altmann, and welcomed the opportunity to create a more collaboration.

"There's a lot of misinformation or lack of information out there, so this is an excellent opportunity to clarify exactly what we're doing, the efforts that we've made, who funds these programs, because we're talking about programs that are typically funded by the province," said Bigger.

"Some of the housing initiatives, it's from the federal government, but as a community, we need to develop a community plan, and so it's important that we hear from the community at all levels, so I appreciate this.”