Gentili: Spare a thought for the faculty, staff and students of Laurentian today

April 12 is the day termination notices were sent out to faculty and staff at Sudbury’s university
Apr 12, 2021 4:15 PM By: Mark Gentili 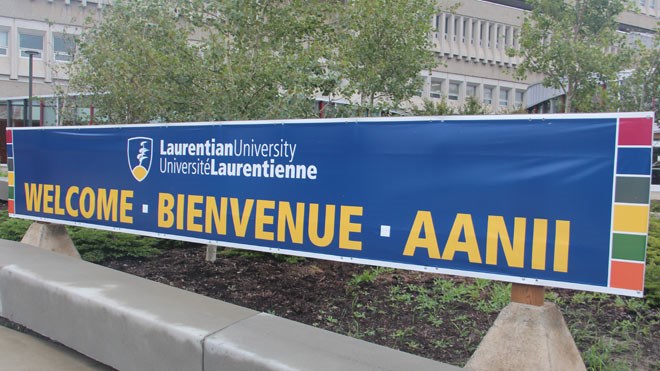 I woke up this morning thinking of Laurentian University. I’ll probably go to bed tonight thinking about the school, too.

They don’t deserve to lose their jobs and they deserve answers as to why they are. Those answers have been hard to come by.

Fingers are pointed at successive provincial governments that, over the years, repeatedly took a hacksaw to post-secondary funding envelopes.

Fingers are pointed at a board of directors who did not seem to have any idea of the financial predicament the university was in.

Fingers are pointed at current and, in particular, past administrations that conceived initiatives and OK’d spending that have saddled the school with so much debt.

Fingers are pointed at faculty for (according to information Laurentian shared as part of its CCAA insolvency filing) having higher-than-average salaries.

Fingers are being pointed in every direction. With so many fingers going in so many directions and with so many potential avenues for blame, it’s unlikely Laurentian’s struggles are caused by any one thing.

More likely, it’s a combination of too many programs with too many employees and too few students, all of which wouldn’t have been a problem with proper funding. That proper funding rests with the province.

Over the decades, successive provincial governments trimmed public funding for post-secondary institutions, gradually winnowing away at it over the years. The shrinking basket of funds and periodic tuition freezes forced schools to act to try to attract more students, and the tuition fees they pay. Laurentian took on new debt to modernize and to try and attract more students to offset the loss in public funds.

This failed, at least for Laurentian. Using a combination of federal and provincial dollars, Ontario funds about 25 per cent of total revenues for post-secondary institutions, about half of what Quebec provides, for example.

Perhaps to offset the lower funding from government, tuition fees in Ontario outpace any other jurisdiction in the country. A 2013 report from the Canadian Federation of Students found undergrads in Ontario paid 29 per cent more than the Canadian average for their education, while graduate students paid 41 per cent more on average.

And in terms of funding, Ontario has had the lowest per-student funding for the two decades previous to the report’s publication, transferring to institutions about $10,000 per student. Alberta, for instance, transfers more than $25,000 per student.

To offset lower government funding, schools were forced to hike tuition fees to make up for the lost revenue, but higher prices tend to have the opposite effect in terms of attractiveness. Schools like Laurentian had to try to get more money out of fewer students, but in doing so made the school less attractive to new students. Consequently, the money and effort aimed at modernizing and making the school more attractive also made it more expensive, which made it less attractive.

It was robbing Peter to pay Paul. It’s six of one, half a dozen of the other.

It’s too late to turn back the clock on Laurentian, but the province has to start seeing LU as the canary in the coal mine for our post-secondary sector, particularly universities, which aren’t just fancy, expensive colleges.

Sudbury has benefited and continues to benefit in countless ways from LU. The students, staff and faculty, and the money they spend, are an important plank of our local economy, yes. But perhaps our city’s greatest achievement — regreening the city and reclaiming an environment ravaged by mining — was born out of the crucible of Laurentian.

Beyond that, you can’t find a local industry, enterprise or institution that a Laurentian education hasn’t touched, benefited or improved. This is just a fact.

It took vision to create a university here. And it took a supreme lack of vision to drag Laurentian down to where it is now.

This is a truly sad day.

Mark Gentili is the community editor at Sudbury.com.

Gentili: The auditor general looking into Laurentian? That’s just what the doctor ordered
May 4, 2021 5:00 PM