Memory Lane: When the Grand was grand 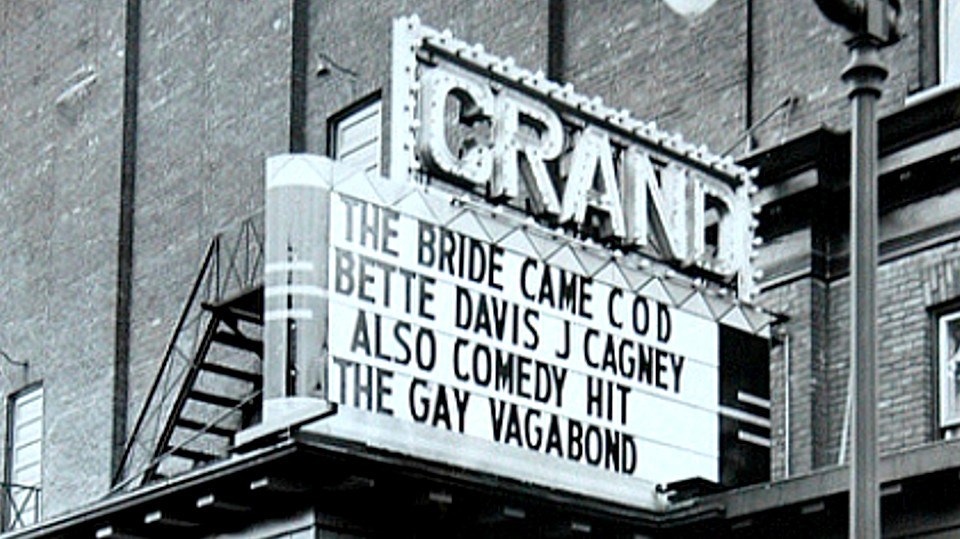 The venerable Grand Theatre in Sudbury has seen some of pop cultures biggest stars grace its stage, before rising costs saw it transformed into a night club. (Archive)Supplied

"It was like being in Vegas without leaving town." That's how Judi Straughan describes a brief shining moment from 1987 to the mid-1990s when Sudbury's Grand Theatre booked A-list entertainers.

Sudbury.com invited readers to reminisce about the Grand and the entertainers they saw there for the Memory Lane feature. You can read the first part of this two-part series here.

"What an exciting night it was at the Grand March 28, 1987, seeing THE Tony Bennett. People were dressed to the nines. The VIP seats, the expensive first 10 or 12 rows of the who’s who were filled as was every seat in the balcony where I sat. Even at that distance, I was mesmerized," said Straughan, a retired educator and a member of the Sudbury Arts Council board.

"At one point, Tony asked us to sit quietly while he put down his mic and tested the sound in the room, a cappella – one voice among hundreds of people. When he was finished, he deemed the room sound ‘perfect' and we all applauded. We were so pleased and so proud we had such a wonderful theatre.

"There were many extraordinary stars who came but many of us could not afford to purchase tickets on a regular basis to keep the momentum going. So sad. What a loss when it was all over."

"I had the good fortune of sharing the stage with a list of distinguished performers during the renaissance of the Grand Theatre. We opened to a packed house with a show-band set that featured the enchanting Chuck Labelle flanked by a bespangled chorus line, then yielded the boards to Tony Bennett and The Ralph Sharon Trio.

"To this day, Bennett is the most genuine artist in the biz whom I have ever encountered. Before the show, he visited our dressing room, introduced himself and thanked each and every one of us personally. There were other moments throughout the years, both rewarding and disheartening, and they all remind us that there truly is no business like it."

"She told me backstage to tell the audience 'no pictures', and then when she came on stage, she told the audience to ignore what I said and take all the photos they wanted … so I was set up!"

Lindsay's favourite concert was a performance by Johnny Cash on May 25, 1987. The country music legend played in Sudbury a total of five times from 1957 to 1990, including at two private functions.

Eleanor Connors, an accomplished musician, was hired to play piano at Rivers's matinee and evening performances.

"She was very friendly and allowed the musicians to share the green room. She wasn't salty (off stage) as she was in her act."

Connors has a vivid memory of receiving a phone call from Paul Anka Enterprises and being asked to co-ordinate a group of backup singers for the Ottawa-born celebrity's 1991 performance. The group of local singers were sent sheet music and tapes for rehearsals. Connors kept the receipt of payment for the performance. The group received $500.

On the day of the performance, Anka was surrounded by bodyguards and did not socialize with the singers, she said.

On another occasion, Connors was asked at the last minute to fill in for an ailing keyboard player for a Nashville country music group. There was no sheet music and Connors had to play by ear.

"At the end of the performance, I got a standing ovation," she said.

Gisele Guenard saw Céline Dion at the Grand in May 1993.

"She was just gaining traction (and) had a Canadian hit with 'Une colombe.' Her act included coming out in a speed round as various superstars, including Michael Jackson in full makeup and costume."

Three years later, Dion, by this time an international star, sold out the Sudbury Arena.

Rod St. Denis told Sudbury.com he took his mother to see the Everly Brothers at the Grand. He also attended a Sheryl Crow concert and saw a "reformed" version of the Mamas & the Papas there. John Philips toured in the 1980s with Denny Doherty and various female singers, including his daughter, Mackenzie.

Bill Smoother wrote, "In 1994, I saw Asia featuring John Payne with Steve Howe as special guest. I guess the crowd was a bit rowdy and from what I recall Howe was getting annoyed at the people for talking through his classical guitar performance. Overall, it was a good performance. (Rock duo) Acosta/Russell opened up for them."

The Grand Theatre, a century-old building, is very much part of Sudbury's history. It opened in April 1909 as a performance venue. From 1949 to 1986, it was part of Leo Mascioli's chain of movie theatres.

In 1986, Ted Szilva, Gerry Gaurvreau and another investor championed the idea of restoring the Grand and bringing world-class entertainers to town. They saw its potential as a tourist attraction.

The plan may have been too grand. Although Sudbury audiences were enthusiastic about its heady schedule of entertainment, the building went into receivership by the end of 1988.

Gaurvreau, who was vice-president and general manager of the Grand, remains passionate about the theatre 35 years later. (He's the guy who phoned Bennett and convinced him to come to Sudbury.)

The Grand would have worked if it had been promoted properly to attract tourists and bus trips, said the arts entrepreneur best known as the artistic director of Canadian Showcase, an international performing arts touring company.

"Sudbury did not fail the Grand. It wasn't meant to feed just our community. In Toronto, their theatres would grow broke if they didn’t have bus tours."

The Grand was purchased by Claude with his father, Arnel, and two private investors in 1988. They continued to book top acts until the mid-1990s, but found running a nightclub more profitable.

Dan Abdel-Nour, Eric D'Amour and Maher Khalil, owner of SRO on Durham Street, purchased the Grand in 2013. Today, the Grand Nightclub is a popular dance club that also books concerts and rents space for theatre productions and special events. A second bar, in the Plaza Theatre space formerly known as Coyotes, is now called Fuse.

In the late-1990s, the city commissioned a feasibility study that identified the Grand as the best option for a performing arts centre. The study was shelved.

"This is a true heritage building with many memories. Let’s hope the city (sic) does not decide to tear it down because it is too old," said Lindsay, a long-time citizens' advocate.

The Grand Theatre is not protected by heritage designation.

Vicki Gilhula is a freelance writer. She is a former editor of Northern Life and Sudbury Living magazine, and has a special interest in local history. Memory Lane is made possible by our Community Leaders Program.

Sing your praises and toot your horn, share your memories of the Kiwanis Music Festival
Feb 26, 2021 12:00 PM
Comments

Thank you to Orendorff & Associates for helping to expand local news coverage in Sudbury. Learn more