Growing number of Canadians plan to get vaccinated for COVID-19

OTTAWA — A new poll suggests the proportion of Canadians planning to get vaccinated for COVID-19 is on the rise after encouraging initial results from Pfizer's vaccine trial.
Nov 17, 2020 4:00 AM By: Canadian Press 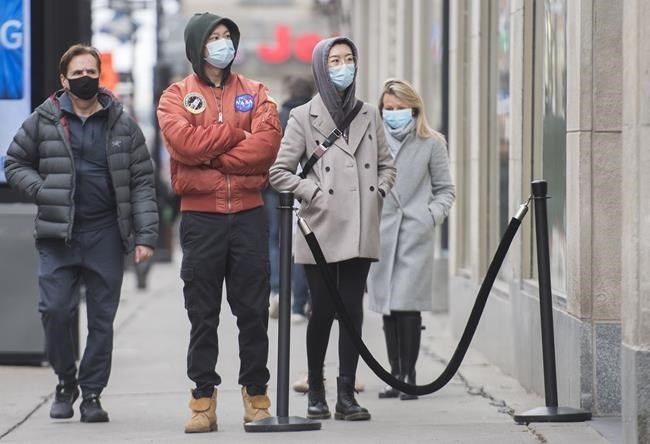 OTTAWA — A new poll suggests the proportion of Canadians planning to get vaccinated for COVID-19 is on the rise after encouraging initial results from Pfizer's vaccine trial.

Sixty-nine per cent of respondents said they plan to get inoculated against the novel coronavirus once Health Canada approves a vaccine that is broadly available and free, according to a survey by Léger and the Association for Canadian Studies.

The number is a jump from the 63 per cent who said they would take up such an offer one month ago, and a return to levels of vaccine enthusiasm reported in a similar poll in July.

Léger executive vice-president Christian Bourque attributed the apprehension to lack of familiarity with the pharmaceutical giant rather than a wave of anti-vaccination fever.

"It worries me that if the vaccine or vaccines were available, we might have 20 per cent of Canadians who would reject it," he said in an interview.

"I think the public authorities will need a concerted communications effort to convince Canadians to jump on the bandwagon."

Nonetheless, only nine per cent of respondents said they think vaccines are dangerous and should not be taken or given. Meanwhile, 79 per cent said they do not hold such a belief.

The proportion of Canadians who expect anti-pandemic measures to remain in place even after a vaccine becomes widely available is also notably high, Bourque said.

Nearly two-thirds said they anticipated that requirements such as physical distancing, limited social gatherings and face masks in public spaces would continue after vaccination becomes widespread, while one in four weren't sure.

"It’s not like it’s going to be that great night where everybody parties all night long. People will still want themselves and their neighbours to be disciplined about this," Bourque said.

The proportion of Canadians opposed to mandatory vaccination remains higher than earlier this year, with only 42 per cent in favour — roughly in line with figures from last month but down from the nearly 60 per cent who supported the idea in May.

Conducted Nov. 13 to 15, the online poll surveyed 1,522 Canadians. It cannot be assigned a margin of error because internet-based polls are not considered random samples.