VANCOUVER — A former police officer who heads the British Columbia Lottery Corporation's anti-money laundering programs says he was concerned and surprised about the response from police agencies over his reports of illegal money in casinos.
Nov 10, 2020 7:51 PM By: Canadian Press 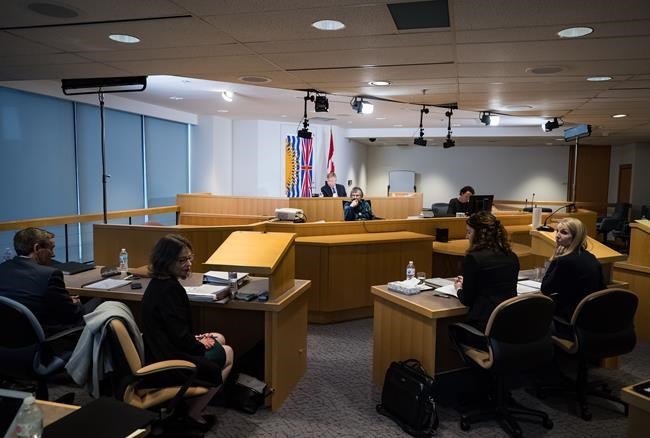 VANCOUVER — A former police officer who heads the British Columbia Lottery Corporation's anti-money laundering programs says he was concerned and surprised about the response from police agencies over his reports of illegal money in casinos.

The lottery corporation sent information to police about volumes of suspicious cash at B.C.'s casinos, as well as details about suspected individuals and a group associated with the money, he said.

"It was very concerning to me," he said. "I was quite surprised we weren't getting any response back from law enforcement about taking this any further."

"We kind of went down that road in terms of starting to, I'm going to say, shop out a project to law enforcement and trying to make a connection to get somebody from law enforcement to engage on a project or a target," he said. "It was going out to a number of agencies that have law enforcement capabilities."

Tottenham, a 28-year veteran of the New Westminster Police Department, said he received no official reaction from police that any investigations into suspicious cash at casinos were underway.

Tottenham agreed with federal government lawyer Olivia French that knowledge of ongoing police investigations is a closely guarded secret, but as an experienced investigator he expected to see some indication of police activity.

"From my perspective, I wasn't seeing any activity based on my years of running strike teams and doing those kinds of projects," he said. "I was seeing absolutely nothing in that regard."

Former RCMP officer Fred Pinnock testified last week that a B.C. government cabinet minister told him in 2009 that the province's then gaming minister was aware of organized crime at casinos, but was more focused on the money being generated.

The province commissioned three reports that said hundreds of millions of dollars in dirty money flowed through those businesses.

— By Dirk Meissner in Victoria.