Military identifies remains of Newfoundland soldier killed in Belgium in 1917

OTTAWA — More than 100 years after a young soldier from Newfoundland was killed on a battlefield in Belgium, the Canadian military has officially confirmed his identity through genetic analysis of remains unearthed in 2016.
Dec 1, 2020 6:25 PM By: Canadian Press 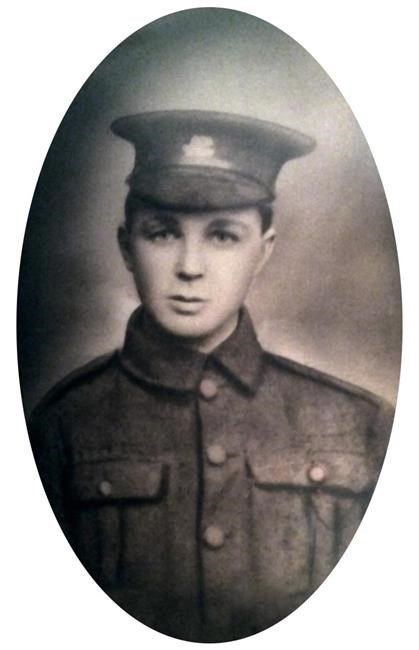 OTTAWA — More than 100 years after a young soldier from Newfoundland was killed on a battlefield in Belgium, the Canadian military has officially confirmed his identity through genetic analysis of remains unearthed in 2016.

When he enlisted in the Newfoundland Regiment on Aug. 14, 1916, John Lambert of St. John's lied when he told recruiters he was 18. He was only 16 when he shipped out as a private to Scotland for training and later fought in Belgium with the regiment's 1st Battalion.

He was reported missing in action north of Ypres on Aug. 16, 1917 during what became known as the Battle of Langemarck.

A relative of Lambert's, St. John's resident Shirlene Murphy, said the family kept his memory alive through the years.

"The family dearly loved him," Murphy said in an interview Tuesday, noting that Lambert was her grandmother's brother. "He was always talked about. There's pictures of him in everybody's house."

Everyone in the family referred to him as "Uncle Jack."

Lambert's remains, along with those of three unidentified British soldiers, were discovered during an archeological dig in April 2016, near the town of Langemark.

The archeologists knew one of the soldiers was a Newfoundlander because his uniform had a NFLD shoulder badge.

Sarah Lockyer, a forensic anthropologist with the Department of National Defence, took a lead role in determining his identity.

Using DNA samples from bones retrieved from the dig, Lockyer was able to determine his age and height, information that was later cross-referenced with historical data gleaned from the Royal Newfoundland Regiment and the provincial archive at The Rooms in St. John's.

"We thought we had a really good chance of identifying the Newfoundlander, because there were only 16 missing from that area, which is a very small list of candidates," Lockyer said.

Provincial archivist Greg Walsh spent a year tracking down descendants for 13 of the 16 missing soldiers — a painstaking task complicated by the fact that the age on Lambert's official documentation was wrong.

Murphy's mother, 90-year-old Patricia Eagan of Mount Pearl, N.L., submitted the DNA sample that proved to be a match with Lambert's profile.

The entire process took more than three years, said Lockyer, who is casualty identification co-ordinator with the Defence Department's directorate of history and heritage.

"That is a very quick turnaround," she said, adding that she worked closely with her counterparts at the Joint Casualty and Compassionate Centre in the U.K.

A padre and the commanding officer of the Royal Newfoundland Regiment officially delivered the news to Eagan on Friday that her uncle had been identified.

"She's just amazed," said Murphy, referring to her mother. "The first thing she thought about was her mother and how good it would have been if she was around to see this."

"It's still emotional, to this day," said Murphy. "But it gives some closure. Everyone is feeling very good about it. His remains have been found, and he can be buried properly with a proper headstone."

In Ottawa, the federal government's Casualty Identification Program is in the process of determining the identities for 45 sets of remains from the First World War.

Lockyer said the Commonwealth War Graves Commission typically receives the remains of about 40 soldiers every year, most of them uncovered by construction crews digging in northern France.

The commission commemorates the 1.7 million Commonwealth military members who died during the two world wars.

"Private Lambert's service demonstrates the courage and sacrifice of this brave service member during the First World War," Defence Minister Harjit Sajjan said in a statement.

"Although more than a century has passed, we will never forget the ultimate sacrifice he made for Newfoundlanders and Canadians."

— By Michael MacDonald in Halifax