QUEBEC — Junior Health Minister Lionel Carmant introduced a bill Wednesday that would add one cycle of in vitro fertilization to the list of services covered by Quebec's public health insurance.
Nov 11, 2020 6:29 PM By: Canadian Press 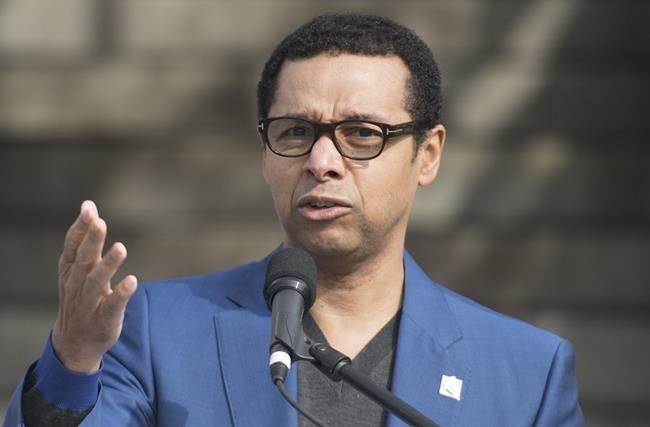 QUEBEC — Junior Health Minister Lionel Carmant introduced a bill Wednesday that would add one cycle of in vitro fertilization to the list of services covered by Quebec's public health insurance.

The procedure costs at least $6,000, not including the price of the cocktail of hormones a patient must take. That cost can rise significantly if more complex forms of the procedure -- or donated eggs -- are required.

The funded treatment will be available to heterosexual couples, lesbian couples, as well as to single women. Only one member of a lesbian couple will be eligible for funding. Women over the age of 41 will not be eligible for state funding, Carmant said, because the chance of success is too low among older women.

Quebec introduced public funding for up to three cycles of in vitro fertilization in 2010. That funding was cut in 2015 by the government of then-premier Philippe Couillard, which replaced it with a system of tax credits.

The Coalition Avenir Quebec government campaigned on a promise to restore coverage for the procedure. Carmant said he expects the government to cover around 3,500 procedures a year at a cost of around $45 million.

The success rate of the procedure is around 10 per cent, though that can very significantly due to the woman’s age and health. The older the age of the patient, the lower the chance of success, Carmant said.

Quebec’s association of obstetricians and gynecologists welcomed Wednesday's announcement. Association president Dr. Violaine Marcoux said doctors have “witnessed the negative impacts that the end of public coverage” of this procedure has had on their patients.

“At first glance, we can only commend the initiative,” Marcoux said in an interview, adding that she sees nothing wrong with the letter or the spirit of the bill.