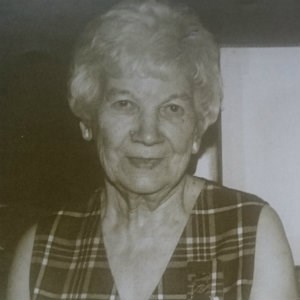 Peacefully at Finlandia Village, age 93. Wife of Esko (predeceased), cherished mother and inspiring role model to Marion Ross (Bob) of Ottawa, Carl (Judy, predeceased) of Walden, Joseph (Virpi Peltoniemi) and Ann (Lorne Slotnick) of Toronto. Adored Mumma of Anna (Duane), Alexandra (Pierre), Daryl (Tamara), Kim, Emily, Caroline, Trevor, Sam and Annie. Much loved great-grandmother of Katherine, Rachel, Gabrielle, Paul, Luc, Avery and Ashton. Dear aunt, sister-in-law and friend of many in the extended families. Iona was born Dec. 6, 1921, in Worthington, Ont., to Karl and Hilja, Finnish immigrants with a sense of adventure and a commitment to the community - values that their only child embraced. Iona travelled with them to lumber and mining towns in Ontario, Quebec and New Brunswick. She spoke English, Finnish and French when she started classes in Nairn, near where the family settled on a small farm. (She said she had to walk, ski or bike three miles to school. And it’s true. We measured it.) Graduating from high school at 16, she started a 40-plus-year career as a legal secretary at Miller Maki, where her duties included secretary to the Finnish Consulate. Tall, slim, and witty, Iona met Esko, just tall enough but also witty, at a wedding. They were married 61 years. Together, they raised a family and helped build Waters Township, now part of Walden. They developed residential subdivisions, co-owned and managed the Waters Hotel and owned the Westway Motel. Iona was a leader in the Waters Women’s Institute, of which she was a proud lifetime member. The WI championed libraries, rinks, emergency services, and the Anderson museum, to name just a few accomplishments. Life outdoors was always important. A camp at Lake Penage gave way to another at Black Lake, where Esko built a permanent home. They retired to Lively in 1992. While Esko read and golfed, Iona played bridge and travelled, enjoying family trips to Europe and, at age 85, a vacation to Cuba with friends. Together, they cherished a steady procession of grandchildren and great-grandchildren. For the last decade, Iona lived at Finlandia, where she, as usual, volunteered, serving on committees and befriending those who had fewer visitors. Like many of her era, Iona grew up in an atmosphere of creative self-sufficiency and was a talented baker and craftswoman. She didn’t like housework much but her pancakes and her blueberry pies were legendary, as were her knitting and needlework. Hundreds of children all over the world have worn mittens and sweaters she made. She was ahead of her time, too, a feminist who worked outside the home and who encouraged her daughters and granddaughters as much as she encouraged the boys. Hockey or history, writing or rock and roll, she supported all our interests. “Nothing ventured, nothing gained,” was one of her favourite mottoes. She herself ventured, and usually at top speed. Quizzed about her fast driving and possible consequences, she would reply, with a smile: “They have to catch me first."" She would be the first to admit that now, at age 93, she was ready to stop. Deepest thanks go to many who live or work at Finlandia, especially the PSWs and nursing staff of Pavelkoti and Hoivakoti, for their friendship and kindness which made Iona’s last few years much easier. Memorial Visitation at the Jackson and Barnard Funeral Home, 233 Larch St., Sudbury on Sunday, November 1, 2015. Friends may call from 12 p.m. to 2 p.m. In lieu of flowers, donations to Finlandia Village, the Kidney Foundation of Canada or a charity of your choice would be much appreciated.