TORONTO — Effective inspections and management are crucial in the battle to stop the grim march of COVID-19 infections and untimely deaths in Ontario's long-term care homes, a commission delving into the situation reported on Friday.
Dec 4, 2020 3:45 PM By: Canadian Press 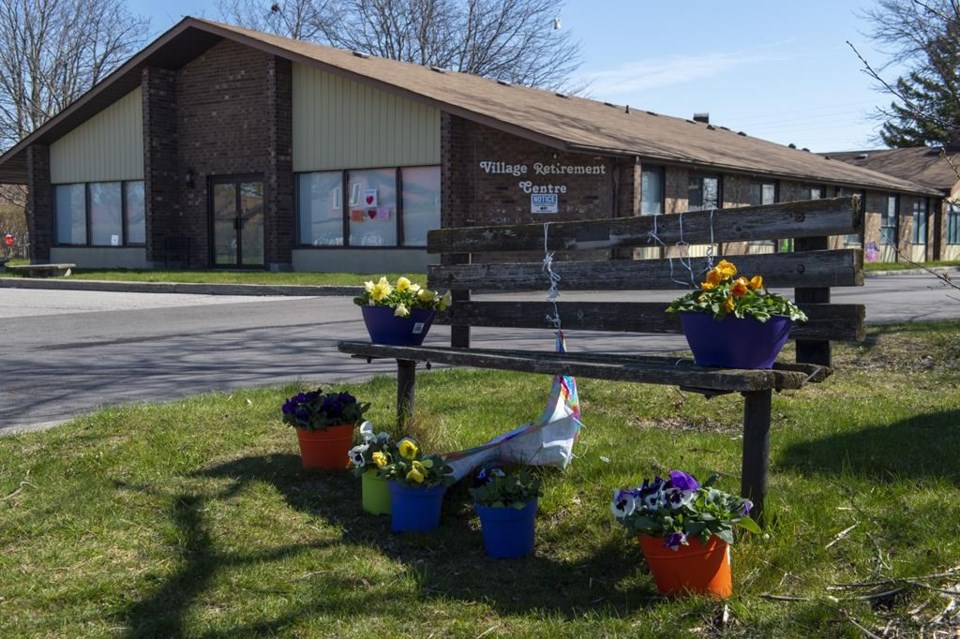 TORONTO — Effective inspections and management are crucial in the battle to stop the grim march of COVID-19 infections and untimely deaths in Ontario's long-term care homes, a commission delving into the situation reported on Friday.

The interim report – which comes as cases surge across the province, including a major outbreak at a London, Ont., hospital – notes 100 homes have seen an outbreak in the last six weeks, with 300 more deaths.

"Questions and concerns have been raised about the effectiveness of the province’s oversight and inspections system," the report states. "Several issues have surfaced that the commission believes require urgent attention."

Among issues the commission flagged was a provincial decision in the fall of 2018 to end comprehensive inspections implemented in 2013, and a lack of enforcement when issues are uncovered.

On Friday, the province reported 1,780 new COVID-19 cases, a slight decline from a day earlier. However, the number of deaths almost doubled to 25 from the 14 reported on Thursday.

The spread of the virus has "hit a critical point," said Health Minister Christine Elliott, who urged people to wear masks and remain physically distant.

One of the largest outbreaks is at major hospital in London. Twelve patients, University Hospital said, have now died. The facility has reported 48 staff and 64 patient cases tied to the outbreak.

While the hospital remains open for emergency services, some admissions were being redirected.

Rising cases across the province prompted the government on Friday to tighten restrictions in three more areas starting Monday.

Moving into the "orange" zone are the Middlesex-London and Thunder Bay areas, while the Haliburton, Kawartha, Pine Ridge District Health Unit moves to "yellow."

The change to orange includes restrictions on visitors to long-term care homes and beefed up testing in the facilities.

"Over the last seven days, we have seen the trends in key public health indicators continue to go in the wrong direction in these three regions," Elliott said.

Students with just one COVID-19 symptom — among them a runny nose, headache or cough — will have to stay home, self-isolate and be tested. Siblings in the same house would also have to self-isolate.

Meanwhile, Merrilee Fullerton, the long-term care minister, said the government recognized the "urgency" of the situation in the province's nursing homes.

The government, Fullerton said in a statement, has acted on earlier commission recommendations and was working to solve "long-standing and systemic challenges" facing long-term care.

"We have invested over $750 million to protect residents, caregivers and staff in long-term care homes during the pandemic," Fullerton said.

The commission found only 27 homes were inspected last year, far fewer than in previous years. Inspectors looked at only 11 of the province's 670 nursing homes proactively from March 1 after the pandemic hit to Oct. 15.

The result, the commission said, are wide gaps in what the government knows about infection prevention and control in the homes as well as their emergency preparedness.

The commission recommends resumption of annual resident quality inspections in all homes and more intensive follow-ups on complaints.

Enforcement of orders was another concern, the report says. The ministry relies on voluntary compliance by nursing homes, without mandatory verification of actual compliance.

Inspectors issue mandatory orders only in "extreme circumstances," the report says, noting only 21 were handed out between January 2019 and August 2020.

Fines or prosecutions are "rarely applied," resulting in a "lack of urgency" from home operators to address violations.

In addition, management of long-term care homes has been at best uneven, the commission concludes.

"We heard that homes where leaders were visible and provided clarity around staff roles and responsibilities fared better than those where leadership was less engaged," the report states.

The Ontario Health Coalition, which praised the interim report's recommendations, called on the government to implement them right away.

This report by The Canadian Press was first published Dec. 4, 2020.