MONTREAL — The second wave of COVID-19 in Quebec will be younger, more spread out across the province, and possibly more challenging for the health network compared to the first wave, Health Minister Christian Dube said Tuesday.
Sep 22, 2020 5:20 PM By: Canadian Press 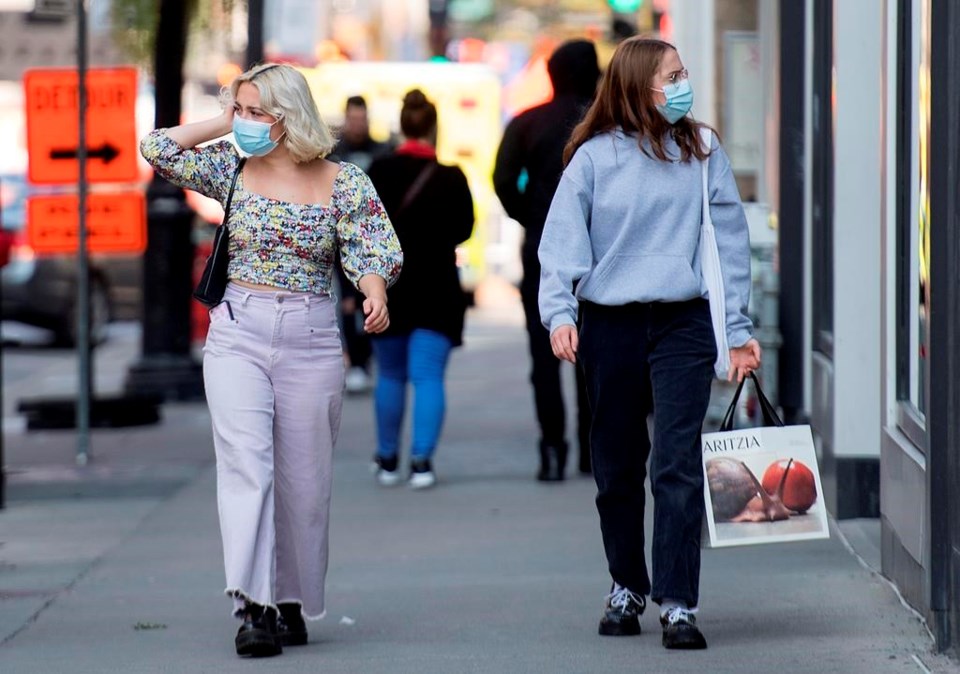 MONTREAL — The second wave of COVID-19 in Quebec will be younger, more spread out across the province, and possibly more challenging for the health network compared to the first wave, Health Minister Christian Dube said Tuesday.

Most COVID-19 deaths during the first wave were concentrated in Montreal-area closed living environments such as long-term care homes. The second wave, however, is being driven by community spread in regions that were largely untouched the first time around, Dube said.

"We noticed that the start of this second wave is not all like the first wave," Dube told reporters in Quebec City. Regions that were spared in the spring, such as the Quebec City area, "are now very affected by the virus."

The second wave is also driven mostly by younger people who may be less likely to fall seriously ill but who are more likely to spread the virus in the community, where it is more difficult to trace, Dube said.

Eventually, he said, those cases will make their way into the health network, which has been "weakened" by an exhausting spring and summer fighting the novel coronavirus. "People are tired. Our employees are tired. It was difficult, we gave them holidays, but that's not sufficient. I think we need to protect them."

Dube said projections on hospitalization levels will be released Wednesday.

Also on Tuesday, the health minister raised the alert level for three more regions. Dube said the Laval region north of Montreal and the Outaouais region in western Quebec will be moving to the orange, or moderate, alert level. The Centre-du-Quebec region in central Quebec will move from green to the yellow, early-warning level, he said.

Orange is the second-highest level in the province's COVID-19 risk-assessment system, which measures the risk posed by COVID-19 in specific geographic areas.

Laval and Outaouais join Montreal, the Quebec City area as well as the Chaudiere-Appalaches region in the orange list, which involves tighter restrictions on bars and restaurants as well as lower limits on most indoor gatherings.

When asked how they would enforce the measures on private gatherings, Dube did not rule out giving police increased powers to intervene without having to obtain a warrant, although he said such a measure would be a last resort.

"If we have to go there, we'll go there," he said. "But I'm telling you our government, we've said it and we'll repeat it in the coming days, I think we can do without going there," he said.

Dube also put out a call for retired dentists, nutritionists, medical technicians, midwives and other professionals who are interested to help with COVID-19 testing to put their names forward through a government website. He said the government also needs to recruit more contact tracers to meet the growing demand.

This report by The Canadian Press was first published Sept. 22, 2020.

Montreal long-term care home sends 20 residents to hospital after COVID-19 outbreak
Nov 29, 2020 6:08 PM
One dead, one critically injured in Oshawa, Ont. shooting; no suspects sought
Nov 29, 2020 1:52 PM
Comments
We welcome your feedback and encourage you to share your thoughts. We ask that you be respectful of others and their points of view, refrain from personal attacks and stay on topic. To learn about our commenting policies and how we moderate, please read our Community Guidelines.