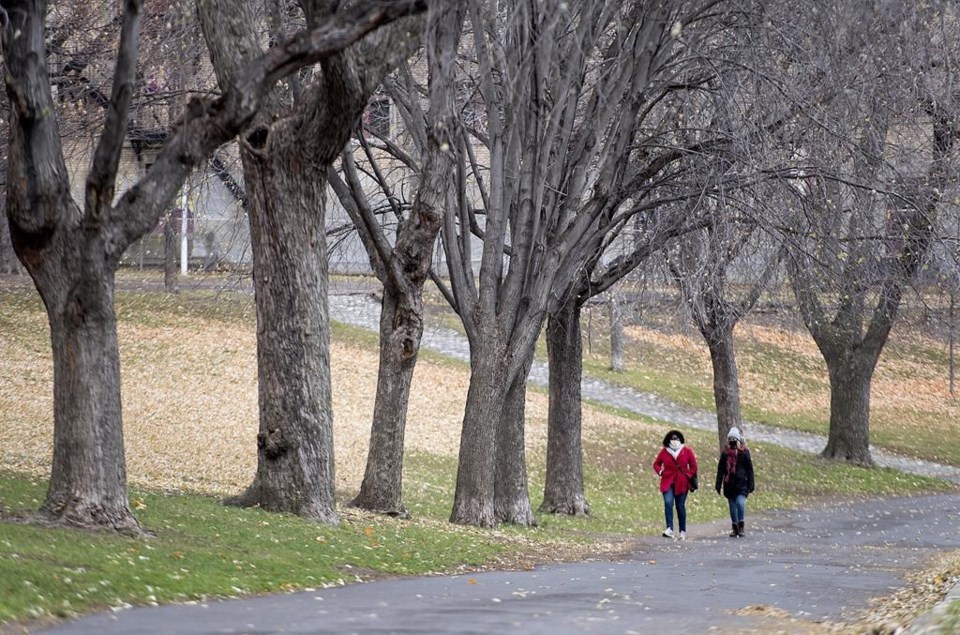 "We honestly don't expect to be reopened before March," Ayoub, co-owner of Turbo Haus, said in an interview Wednesday.

Ayoub said she doesn't mind staying closed until the spring — when she can serve patrons on the patio — but what she doesn't like is the "weird limbo of uncertainty." Bars were ordered closed in so-called red zones on Oct. 1 for 28 days but that order was extended until at least Nov. 23.

Ayoub said she worries that if she's allowed to reopen, she'll be forced to close again.

She said she'd like the government to make a decision and stick to it. "Stop flip-flopping," she said. "Make a decision, let us reopen and let us keep going with the safety measures that we had throughout the summer and work from there, or keep it closed and put it out of our misery until the spring."

On Tuesday, Legault suggested that the restrictions across Quebec's red zones — which have shut bars, restaurant dining rooms, gyms and entertainment venues — would likely be extended until at least around Christmas. Legault said his government wanted to maintain the lockdowns to keep the province's infection rate stable in order to allow family gatherings around the holidays.

Ayoub said the provincial government isn't entirely to blame for the uncertainty, but she said she feels bars have been treated like scapegoats.

Restaurant owners are also dealing with a high level of unpredictability, Martin Vezina, spokesman for Quebec's restaurateur association, said Wednesday in an interview. Restaurants need to know in advance when they'll be allowed to reopen, he said, because they need to buy food and hire staff.

If restaurants in Quebec's largest cities are forced to remain closed, Vezina said, skilled workers such as chefs may find work in other industries, and Montreal might lose its reputation as a "gastronomic capital."

Even after a COVID-19 vaccine becomes available, Quebec's public health director has said it will be another nine to 18 months before the government removes all restrictions. Mask-wearing, for instance, is here to stay for a while, Dr. Horacio Arruda told reporters Tuesday, because he said it will take months for authorities to distribute vaccines.

Even once vaccines are approved for adults, it will take longer before they are approved for children, said Dr. Christos Karatzios, a pediatric infectious disease specialist at the Montreal Children's Hospital.

It will be "probably another four months before vaccines start to get distributed around the world and six months before we have data about children — whether they can get vaccinated or not," he said Tuesday.

Part of the problem with the government's approach, according to both Vezina and Ayoub, is the way the government communicates with businesses.

For instance, Quebec's Health Department tried to clear up confusion about reports on Wednesday that indoor gatherings related to business events could welcome up to 250 people. The department told The Canadian Press in an email that gatherings up to 250 people are banned in red zones.

A government order dated Oct. 22, however, permits organizations including businesses and unions to hold indoor meetings with up to 250 people as long as the events are necessary and can't be held remotely. Later in the day, the Health Department said in an email that certain events with up to 250 people can indeed take place in red zones.

Quebec reported 1,179 new cases of COVID-19 Wednesday and 35 more deaths attributed to the novel coronavirus, eight of which had occurred in the past 24 hours. Health officials said hospitalizations increased by 14, to 652, and 100 people were in intensive care, the same number as the prior day.

There were 2,813 primary and secondary school students and 740 staff members with active COVID-19 infections on Monday, the last day for which data is available. The Health Department said there are 10 long-term care facilities and 14 private seniors residences in the province where more than 25 per cent of residents have active cases of COVID-19.