TORONTO — A key piece of video evidence at the trial of a teen accused of sexually assaulting two students at an all-boys Catholic school in Toronto is admissible, a judge ruled Tuesday.
Apr 20, 2021 1:40 PM By: Canadian Press 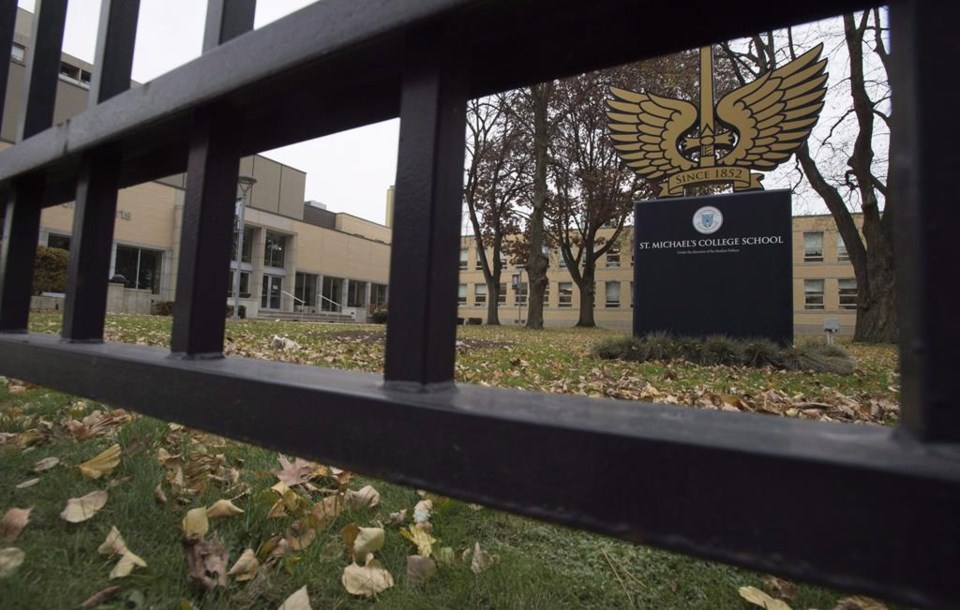 TORONTO — A key piece of video evidence at the trial of a teen accused of sexually assaulting two students at an all-boys Catholic school in Toronto is admissible, a judge ruled Tuesday.

A 22-second video of a sex assault that occurred in a football-team locker room at St. Michael's College School has been shown in court.

Defence lawyer Geary Tomlinson had argued the video should be inadmissible because the Crown had not demonstrated the source of the video and thereby failed to authenticate it.

Justice Manjusha Pawagi disagreed and said the Crown has fulfilled its obligation to authenticate the video through witnesses who described similar events on Nov. 7, 2018.

"It has done so by calling six eyewitnesses all of whom testified to a version of events that was consistent with what was shown on the video clip with respect to date, location, identity of the complainant, the fact an assault took place and that a person identified as the accused was involved," Pawagi wrote in her decision.

Two staff members previously testified that the video shown in court appears to be slightly different than the one they recalled watching more than two years ago.

Pawagi said that was not surprising.

"The video is only 22 seconds long. They viewed it only once or twice on an occasion that took place over two years ago," the judge wrote.

One of them also pleaded guilty to making child pornography for recording one of the sex assaults in a video that was widely distributed.

That is the same video the defence tried to have deemed inadmissible in the current trial.

It shows teenage boys surrounding another teen on the ground. Other teens are yelling and laughing in the video.

The clip briefly shows the teen on the ground being sexually assaulted with a broom handle.

Court has heard that a different student brought the video to the school's principal, who then watched it with other staff members.

The principal then forwarded the video via email to the police.

Another student received a two-year probationary sentence with no jail time after pleading guilty. The charges against yet another student were withdrawn.

The case has been adjourned to Thursday because the accused teen is sick.

This report by The Canadian Press was first published April 20, 2021.