MONTREAL — The partial lockdown across most of Quebec is helping to reduce COVID-19 transmission and is unlikely to be lifted before Christmas, Premier Francois Legault said Tuesday.
Nov 17, 2020 6:09 PM By: Canadian Press 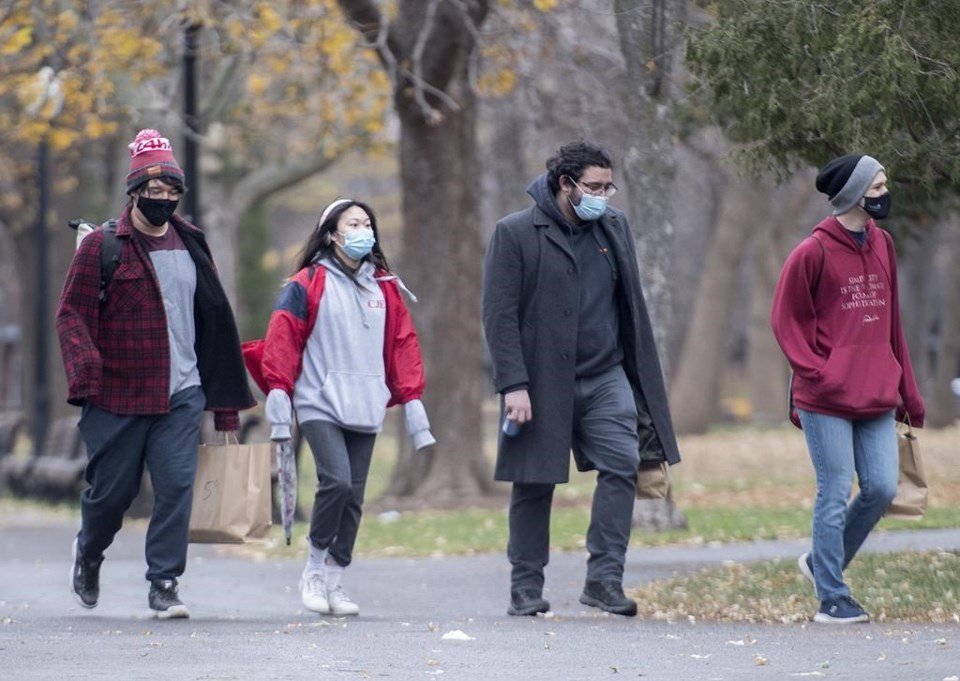 MONTREAL — The partial lockdown across most of Quebec is helping to reduce COVID-19 transmission and is unlikely to be lifted before Christmas, Premier Francois Legault said Tuesday.

The restrictions -- which have shut bars, restaurant dining rooms, museums and gyms -- came into effect in Montreal and Quebec City on Oct. 1 and have since been expanded to cover much of the province. Most indoor and outdoor gatherings are also banned.

Originally set to last for 28 days, the restrictions across so-called "red zones" were extended last month until at least Nov. 23. Speaking to reporters on Tuesday, Legault said any changes to the rules next week will be minor.

"The measures that are in place appear to be working," Legault told reporters. "Usually, when something is working, you don't change it. If we are able to keep the same measures between Nov. 23 and the holidays, that will help us have a better holiday season."

Asked if the restrictions would likely continue to apply to restaurants, Legault said they would. The government is still deciding whether to relax restrictions for Christmas; the premier said the rules will be announced in the coming days.

Parties of 25 or 50 people won't be allowed, he said, adding that the government is still trying to determine how many people can gather without starting another wave of COVID-19. "We want an adapted and healthy Christmas with our families," he said.

Schools will likely be closed for one or two weeks after the regular two-week holiday break, Legault said, as a way to keep kids relatively isolated before they return inside school buildings. Public health director Dr. Horacio Arruda said the strategy will make it easier to isolate cases and track contacts if transmission occurs during holiday gatherings.

Dr. Joan Robinson, professor at the University of Alberta who specializes in pediatric infectious diseases, said she's not sure closing schools in January makes sense.

While children can get COVID-19 and spread it to each other and to adults, very few children are severely affected by the disease, Robinson said, adding that it might make more sense to avoid Christmas gatherings. It's not natural for people to stay two metres apart and wear masks when they visit each other, she said.

"Whenever food is served, people all touch common surfaces," Robinson explained. Serving spoons can be particularly dangerous, she added, because they could be touched by everyone at a party and people don't usually wash their hands after serving themselves and before eating.

Dr. Christos Karatzios, an pediatric infectious disease specialist at the Montreal Children's Hospital, said kids benefit from seeing each other at school but there are risks they could bring home the virus.

Karatzios said he doesn't think closing schools is a bad decision to make and if they are closed, he said, that presents an opportunity to make the buildings safer. Children five years and older should be wearing masks at all times during school hours, he said, adding that schools should be keep windows and doors open and consider buying air purifiers.

Quebec reported a drop in new COVID-19 infections but also a significant rise in hospitalizations tied to the novel coronavirus on Tuesday. Health officials reported 982 infections — the first time since Nov. 2 the daily count was below 1,000.

Authorities also reported 24 more deaths attributed to the virus, five of which occurred in the previous 24 hours. The province said hospitalizations jumped by 47 compared with the prior day, to 638, and 100 people were in intensive care, a rise of 13.

Authorities said 1,328 more people had recovered from COVID-19, for a total of 107,326 recoveries since the pandemic began. Quebec has reported a total of 126,054 infections and 6,675 deaths linked to the virus.